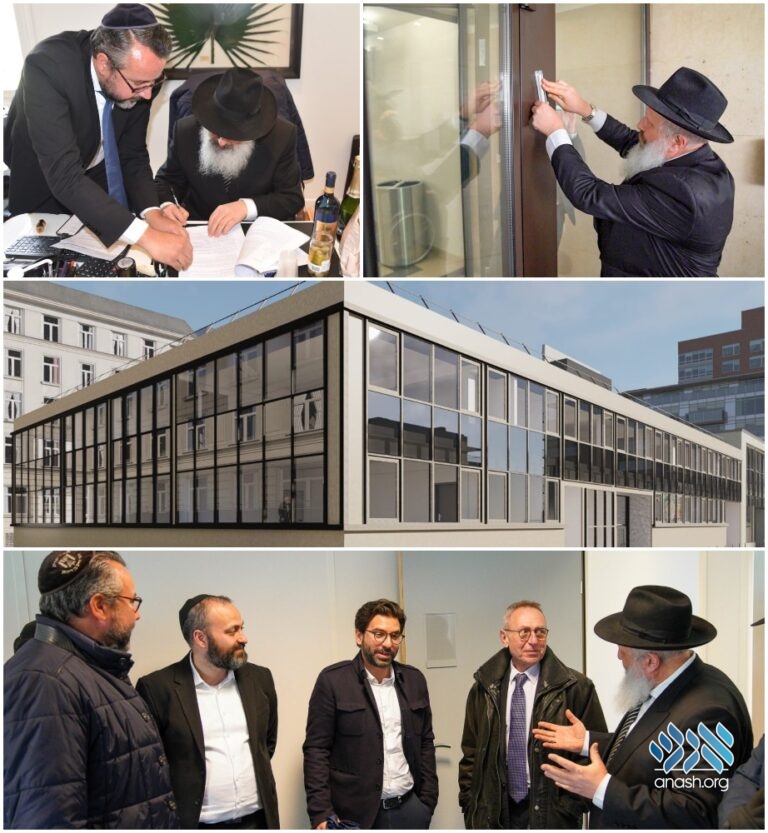 After signing on a fifth building for the Sinai Educational Institutes in Paris, France, Shliach Rabbi Yosef Yitzchok Pewsner immediately flew to the Rebbe’s Ohel to hand over ownership of the building.

In honor of the anniversary of the Rebbe’s birthday, the Sinai Institutions in France is announcing and celebrating the purchase of a magnificent new building to be named ”Beis Menachem’’. This new building joins the four schools of the Sinai institutions.

‘Mazel Tov!’ This is how Rabbi Yosef Yitzchok Pewsner opens his letter to the members of the community, ‘In honor of the Rebbe’s one hundred and twentieth birthday, our network of institutions is expanding today with a fifth building…’

Today, close to 3,000 students study every day in the four schools of the Sinai institutions, and there is a great demand BH, and for that they bought the new building, a huge and magnificent building that will house 750 kids of families of mekurovim.

“This is a real revolution!” said one of the Gevirim on a first small event in the building “we’re offering to our children a real palace to our children in honor of the Lubavitcher Rebbe”

As is the custom of the Chassidim, immediately after the signing, Rabbi Pevzner went to the Ohel  and handed over to the Rebbe the ownership of the building and everything inside.

At the moment, major renovations are expected to turn the building into an educational institution and a magnificent Jewish center.