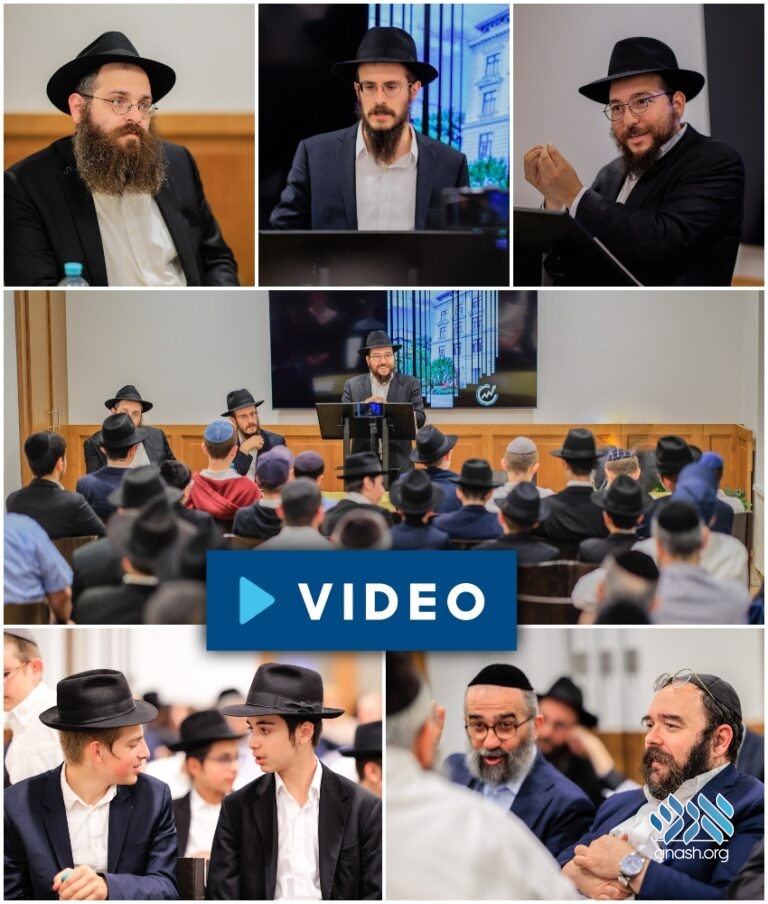 A festive opening ceremony was held at the Chabad Mesivta of Vienna, with the participation of the students, their parents and friends of the yeshiva.

What are the guidelines of a “Tomchei Temimim” yeshiva? And how do they apply to our generation?

A festive and playful opening ceremony was held at the Chabad Mesivta of Vienna, With the participation of the students, their parents and friends of the yeshiva.

In his lecture, which already has made waves in educational institutions and yeshivos, Rabbi Fieldsteel outlined what is a “Tomchei Temimim” yeshiva in today’s day and age, and offered a clear path for a few of the big dilemmas in the chinuch field today.

At the inauguration of the first Yeshivas “Tomchei Temimim”, on Wednesday 18 Elul 5657 (September 15th 1897), the Rebbe Rashab laid out the yeshiva’s mission statement in the following words: “Students who are balei mesirus nefesh for torah and avodah in the derech of Chabad Chassidus.”

This begs the following questions:

What is the practical meaning of mesirus nefesh in a world where the last we needed to refrain from a mitzvah was when the rov instructed us that it is our minhag not to sleep in the sukkah?

Learning Torah “lishmah” requires us to be self-invested on one hand, and selfless on the other; to bring ourselves to the table and to disappear under it. So what do we convey to our child/student when he approaches a sugya? To be or not to be – that is the question.

The maskil and the oved walk side by side as the great characters of Lubavitch. The first, an intellectual, lives in a world of resting water, while the second is emotional and lives in a world of burning fire; The first uses the ideas of Chassidus from the book to reshape his mind and mindset, while the second uses the ideas of Chassidus from his mind to reshape the world around him. Is it possible to define chassidus in two sentences and what would practical avodah look like?

In recent years we have witnessed students who dropped out or even failed to quite simply develop as they could. Each of them is one soul too many. Is the ball in the student’s or the teacher’s court? And where can the responsibility be placed?

With great emotion, Rabbi Fieldsteel ended his lecture with the bracha of shehecheyanu, with the large crowd answering, “Amen, mazel tov!”.