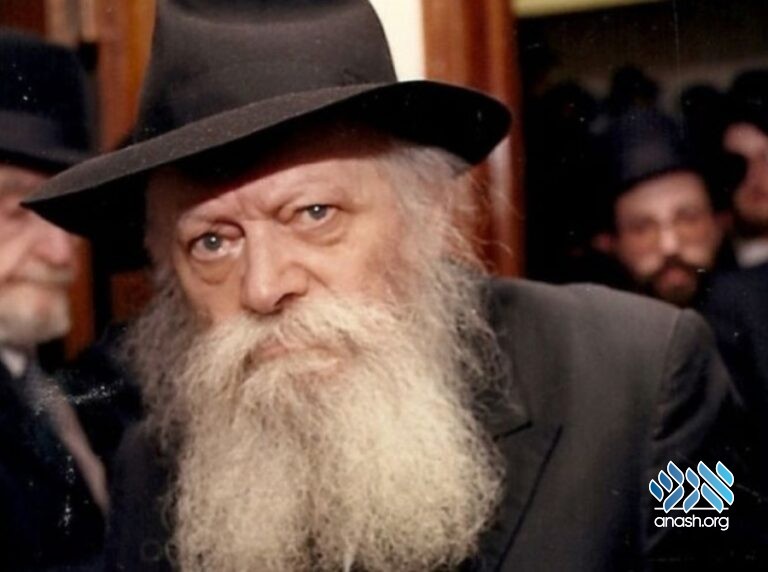 “Reb Zushe Poizner told me then that pain is a strong motivator and one must allow it to surface responsibly. Too many times people focus past the pain, he complained.” Rabbi Mendel Itzinger on 30 years since Chof Zayin Adar.

Dear G-D, I was just a little boy.

5 years old to be exact.

In my memories, it was the first time I saw my mother cry.

It was a Tuesday morning, and my mother woke me up for school. “Shhh. Quietly. Tatty is still sleeping”

“The phone rang late last night. It sounded like someone called from Yeshiva. I’m not sure what happened, but he got dressed, left the house, and came back very late”.

Moments later my father appeared in the doorway. Obviously, he had been unable to fall asleep upon his return home.

“The Rebbe slipped at the Ohel”.

Life changed. Even for us five-year-olds.

There were hookups to Teffilos at the Ohel. And a Chanuka Live where I wasn’t sure why adults around me were crying as they looked at the screen.

I can go on. Maybe I should. I have been in a haze all day. And recounting all the things that are seared into my mind from those two years and three months would fit well into my mood.

I can talk about this new invention my uncle told me was called a Moshiach beeper, and how if you were young or elderly you better not be anywhere near Troy Avenue when it went off “MINCHA”.

There are sporadic good memories, at least in the mind of a child who can only know what he sees, and those images remain with me too; like Motzoei “First Days” of Sukkos in Bournemouth, UK, where we were helping with the Simchas Beis Hashoeiva. My mother called on the car phone to tell us that on Yom Tov the Rebbe had come downstairs. I doubt I will ever forget the shout of joy from Rabbi Yossi Alperowitz who began to just jump around uncontrollably.

But those moments don’t ease the sorrow.

I can talk and talk. Share with you the images of those years. But what would that help you?

Perhaps, if I were a Rov, if it were up to me, I would be קובע that the day be a יום תענית. Possibly. Is that not how the Chachomim established the commemoration of a day in which tragedy befell us?

One summer vacation, me and two other friends joined a Yeshivas Kayitz somewhere in Europe.

It was, we were promised, a Yeshivas Kayitz where Yeshiva was the main word. “Almost like a regular Yeshiva, just with longer lunch breaks and a trip every other week”.

Three English Bochurim, with white shirts and a suitcase full of Seforim turned up to a Yeshivas Kayitz for American boys – in Europe… (apologies if you were there and are reading this… I just had to get you back for all the times you called me an Englishman ;)).

With us that Summer was Reb Zushe Poizner ז”ל, he gave one look at us, sat us down, and spoke to us, and spoke, and spoke, for hours each day, for the next three weeks.

We couldn’t get enough of him, and I must have driven him crazy enough because he never forgot me either.

It took time to understand his message and acclimate to his manner of speech, but eventually I did, and I carry the things he taught us to this day.

He told me then that pain is a strong motivator and one must allow it to surface responsibly.

Too many times people focus past the pain, he complained.

People spend so much energy on יתיר מבחיוהי, that it becomes cliché, and we forget those days of light – חיוהי – בחיים חיותו בעלמא דין.

Some people like to talk about the world through an ideological standard that, as he would say, if they ate in the same way that they cheerfully proclaim יתיר מבחיוהי – they wouldn’t be so fat…

But he would complain too about the others who like to wallow in the world that was. Only mourn that which we no longer have.

That too is not our דרך.

Our דרך is to acknowledge reality and to channel it to a useful outcome.

The pain of a Chossid who cries over the world that was, is real.

The pain of a Bochur who cries for what he never had, is real.

Acknowledge the pain. Allow it to surface, and then ask yourself – what does the Rebbe want me to do for him?

What do I need to do to bring the Rebbe back?