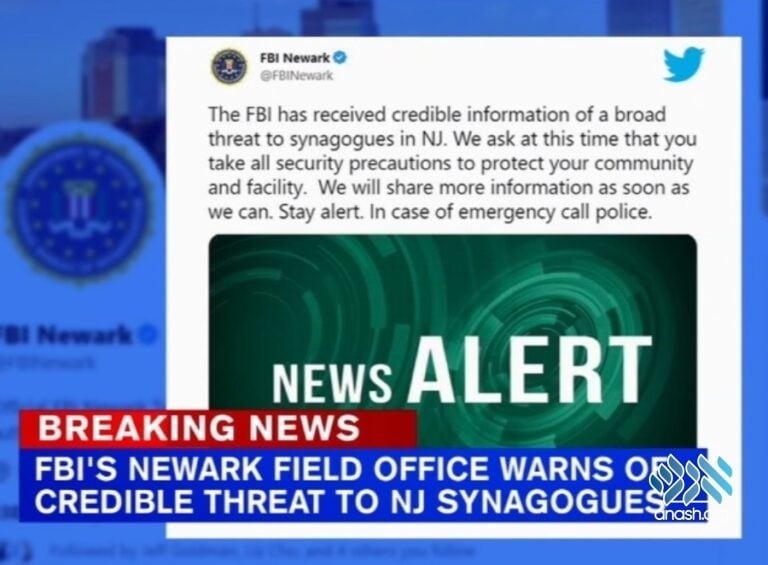 The FBI warned of a “credible” threat to synagogues in New Jersey Thursday, urging communities to take security precautions.

The FBI warned of a “credible” threat to synagogues in New Jersey Thursday, urging communities to take security precautions.

In a statement issued from the bureau’s Newark field office, the FBI did not describe the nature of the threat, characterizing it only as both “credible” and “broad.”

“We ask at this time that you take all security precautions to protect your community and facility. We will share more information as soon as we can. Stay alert. In case of emergency call police,” the post said.

In a second tweet, the agency said it was taking a “proactive measure” with that warning, while “investigative processes are carried out.”

New Jersey Gov. Phil Murphy said he is closely monitoring the situation and working with local law enforcement to ensure that all houses of worship are protected.

In a statement released to media, Inspector Ritchie Taylor, commanding officer of the NYPD’s Community Affairs outreach said that there are no credible threats to the Jewish community of New York City or to any community in New York City.

“We will continue to monitor the situation with our joint Terrorist Taskforce and our federal partners,” he said.

The NYPD’s Patrol Borough Brooklyn South said that out of “an abundance of caution”, they will be increasing their presence at synagogues and other locations in the borough.