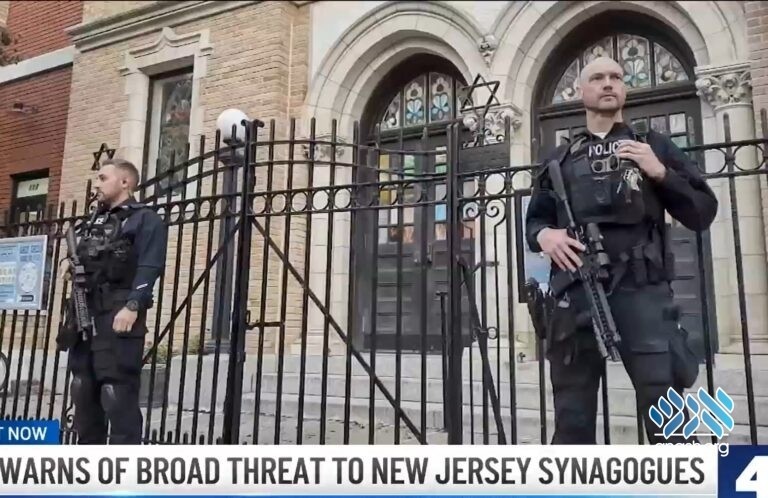 New Jersey law enforcement officials said that they have identified a person accused of threatening a synagogue in the state and the individual no longer poses any danger to the community.

The FBI informed Jewish organizations that the threat against shuls which prompted a public warning on Thursday afternoon has been taken care of. The FBI said it has identified the individual behind the threat “has been located and the threat has now been mitigated.”

Once in custody, the suspect expressed radical ideological views and hatred of Jews, according to officials on the call.

“The man spoke to law enforcement of anger he said he had toward Jewish people, but allegedly said he would not hurt them because he wouldn’t want to get into trouble,” NBC reported.

Details on what prompted Thursday’s mid-afternoon Twitter warning from the FBI remain unclear at this time. The FBI’s Newark branch tweeted that it had received “credible information” about a “broad” threat to Garden State synagogues.

“We ask at this time that you take all security precautions to protect your community and facility,” FBI Newark tweeted, in part. “We shall share more information as soon as we can. Stay alert. In case of emergency call police.”

Amid the flurry of confusion and concern that erupted immediately thereafter, officials stressed the public warning was issued out of an abundance of caution. A source said there was no specific plot or action underway, but because the internet threat was deemed credible, the FBI felt it important to alert the public so security could be enhanced.

Synagogues across the state were asked to remain vigilant, and police in some communities stepped up patrols. No specific targets were mentioned. Officials stressed the online threat broadly referenced New Jersey temples.

The FBI says its investigation is still ongoing, though there is no threat to the Jewish community at this time. Even so, there will be additional law enforcement resources at and around shuls through Shabbos.