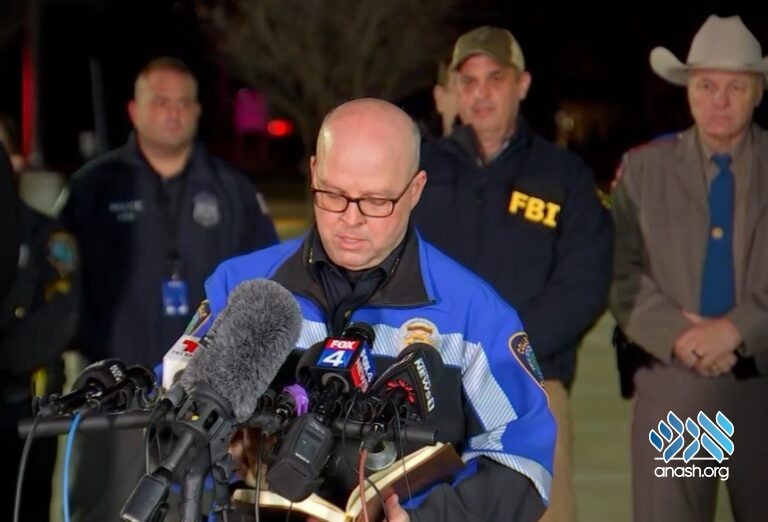 The FBI said that the man who held hostages for hours inside a Texas Jewish center was specifically focused on an issue not directly connected to the Jewish community.

The FBI said that the man who held hostages for hours inside a Texas Jewish center was specifically focused on an issue not directly connected to the Jewish community.

After a nearly 11-hour standoff, all four hostages held at Congregation Beth Israel are safe and unharmed. One was released during the standoff, three others were rescued when authorities entered the building. Authorities say the hostage-taker is dead but are not saying how he was killed.

FBI Special Agent in Charge Matt DeSarno said there was no immediate indication that the man who took several people hostage in the center in Texas had connections to any broader plan relating to antisemitism.

A law enforcement official earlier told the AP that the hostage-taker demanded the release of a Pakistani neuroscientist suspected of having ties to al-Qaida.

The NYPD increased patrols in Crown Heights and other areas of New York after news of the hostage situation broke. Officers were seen in notable locations across the community.

On Motzei Shabbos, police cars were seen patrolling the neighborhood, and officers were stationed at notable locations across the neighborhood, including 770, the Jewish Children Museum, and inside the dormitory at 1414 President.