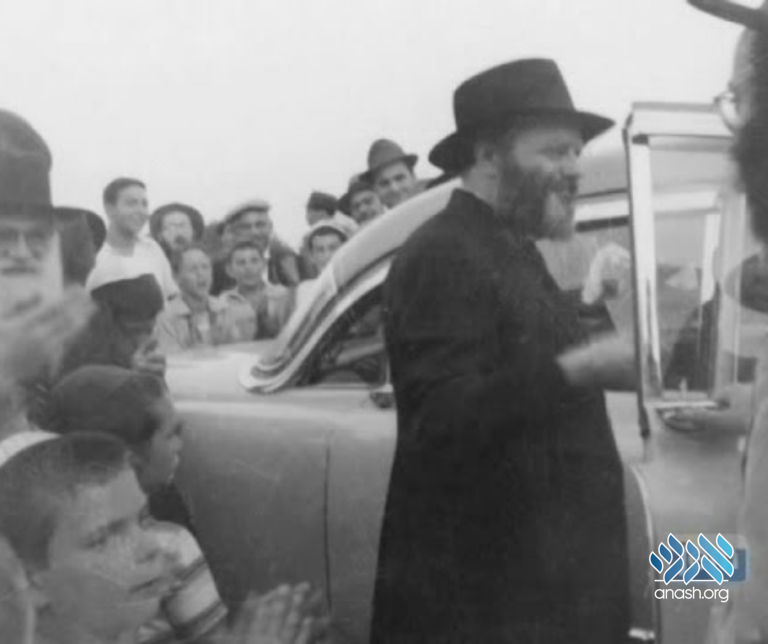 The Rebbe wanted to pay him for his efforts, he refused. 50 years later the favor was repaid. An amazing story of hashgacha pratis.

On a drive down the Prospect Expressway in 2011, Rabbi Mordy Hirsch saw an elderly Jew on the side of the road. Pulling over to help, he learned that this man had gotten a flat tire – but unfortunately didn’t have a spare one to replace it with. And neither the necessary tools.

With a lack of options, Rabbi Hirsch offered to drive over to a nearby tire shop and purchase a new tire for this Jew – a Dr. Hoffman – in need. Rabbi Hirsch usually wouldn’t have all these tools in his car, he barely ever changed tires at all – but as fate would have it, just a week prior a few Bochorim had called him up in desperate need of help.

With the tools still sitting in the back seat of his car, Rabbi Hirsch had pulled over and now took the flat tire and the necessary amount of money from a surprised and grateful Dr. Hoffman to go do a favor for another Jew.

Rabbi Hirsch was soon back and within no time, the flat tire was taken care of.

Before parting, Dr. Hoffman asked Rabbi Hirsch what does he do for a living. “I am a Shliach of the Rebbe with the Mitzvah Tanks!” he replied simply before taking off. Rabbi Hirsch thought nothing of this encounter, nearly forgetting about it in the coming days.

…Little did he know there was more to the story…

Over the next few days, Rabbi Hirsch began consistently getting phone calls from a certain unknown number. Upon seeing how persistent this mystery man was, he finally answered.

“Hello?” he heard the voice on the line, “do you remember fixing my tire a few days ago?”

“You said you worked for the Lubavitcher Rebbe, correct?”

“Well, you should know that he himself sent you to change my tire”

“I am serious!” the man said and began telling a story.

As a young psychiatrist, Dr. Hoffman lived in Brooklyn, commuting daily to New Square where his practice was. He knew the route like the back of his hand, but on one particular summer day in 1957, deep in thought, he missed his exit.

Trying to find his way, he ended up on another highway and there he saw them. On the side of the road. A group of Chassidim surrounding a car.

Pulling over, they informed him that they had a flat tire and B’Hashgacha Protis he had all the necessary tools to help them.

As he worked, they explained that they were on the way to the Catskills. Pointing out the Lubavitcher Rebbe, who stood near a tree immersed in a Sefer, they told him that the Rebbe would be visiting Camp Gan Yisroel.

When the work was complete, and the Chassidim returned to the car, the Rebbe walked over to our friend and offered to pay him for his efforts.

“A mentch arbet darf men tzolen” the Rebbe replied, “If a man works you must pay him”

Over 50 years passed by when he too got a flat tire. On a freeway used by thousands of Jews daily. A corridor connecting Borough Park to Williamsburg. The variety of different types of Chassidim that passed by, and from all of them to stop and help him – it was a Lubavitcher, someone who identifies as “working for the Rebbe”.

He didn’t realize it at first. But coming home later that night the memories came flooding back from that summer day and he realized that the Rebbe had sent him someone to pay back the favor.