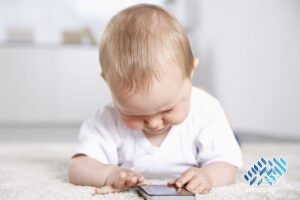 From the Anash.org inbox: “It hurts to see our own children glued to a device, not noticing people around them,” a concerned Crown Heights father writes. “If we, the parents, get together, we can be unstoppable.”

Approximately ten years ago I worked as a mashpia in a local Chabad yeshiva. One day shortly after Pesach break I walked into the bathroom and was surprised to see that the walls were not freshly painted. It’s always been common practice for bachurim to share their thoughts, humor, and frustration on the bathroom walls, and before every new zman, the administration would paint over these works of art providing fresh space for a new season.

I asked the principal why he didn’t paint. “For the first time in my career,” he explained, “it wasn’t necessary. The bachurim are busy with other things in the bathroom.”

Cell phones were starting to become common and many parents wanted their sons to have one. The principal fought desperately to discourage it, but parents persisted. When he couldn’t stop them, he tried creating rules against bringing them to yeshivah, but the force was too strong.

To many of us, the blank walls didn’t say much. At most, it meant that the boys were using their bathroom breaks to check sports updates. Big deal.

But ten years later, most of us see the writing on the wall, painted with our own blood and the blood of our children.

I’ve spoken to countless young parents and the majority agree that we have a huge problem on our hands, pun intended.

We now realize how distracting and addictive these devices can be, even for adults. We’re aware of the destructive content available online. It hurts to see our own children glued to a device, not noticing people around them. We recognize that social media is breeding a generation of anti-social people. We see that so many issues, such as anxiety, drugs, and depression are caused directly, or at least aggravated by, internet and social media.

We know all this, and it scares us. But we feel powerless.

Of course we’d rather if our children have time to develop emotionally, mentally, and spiritually before being introduced to technology, but we don’t see this as a realistic possibility. The world has become dependent on technology and most kids today have devices. How can I say no when the majority of their class has it? And if our older children have devices, it seems hopeless to make new policies for the younger children.

Can our schools do something? Perhaps. But most of them feel overwhelmed and unable to take on the diverse parent body. Even worse, some of our own high schools now communicate with their students via WhatsApp, making it nearly impossible for a student to not have a smartphone.

A computer-geek friend of mine used to tell me theories of how computers will one day conquer humans. I wrote it off as science fiction, but can it be that today we’re indeed powerless against the force of technology?

As individuals, perhaps yes. But there’s power in numbers.

Some of the greatest accomplishments in history came as a result of a united effort. Kabbalah explains that although the Tower of Bavel was built with bad intentions, the builders could have accomplished anything by virtue of their unity. The only way to prevent them was to disperse them.

If we, the parents, get together, we can be unstoppable.

Mothers Unite to Stall Technology (MUST) is a grassroots initiative that has been very successful in several communities and is now starting in our community. The idea is that mothers of each class make a pact with each other to hold off on buying their children personal devices with internet capabilities. The goal is for each group to stall the progression of technology for as many years as they possibly can. And for those of us who’ve already given our children devices, there are pacts for limiting internet and social media access, etc.

Because this is done as a group, it becomes much more manageable. There’s less pressure from our children, because there isn’t any “everyone in my class has one!” It’s easier to tell a grandparent not to buy devices as gifts for their grandkids because “our children are part of a large group of kids that don’t have any devices.”

And most astonishingly, perhaps, we will soon be able to confront our schools to stop forcing our high-schoolers to have smartphones.

Ultimately, the issue at hand is not a technology one; it’s a human one. Machines are strong, but we can be stronger. The choice is ours.

We can do this. And we MUST do it. And we Hashem’s help, we will do it.

Join the revolution. Attend the epic launching of MUST Crown Heights on Tuesday, כא סיון- June 1, at 8:15 pm in the JCM.

Let’s not give up! There’s hope for the future generations.