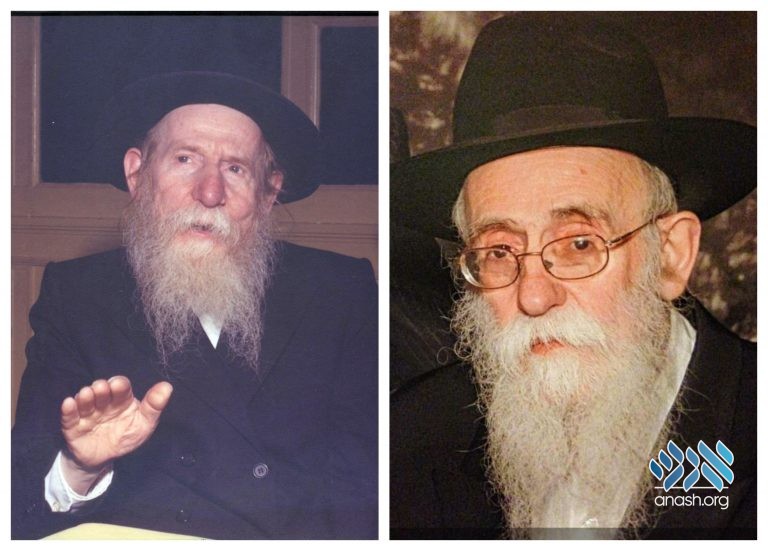 Much has been written about Reb Nissan and his legendary sense of duty – aka Kabolas Ol. Ah zisser soldat = a sweet soldier, was the term the Frierdiker Rebbe used. With Reb Nissen, it was easy to see since he had many hundreds of talmidim pass through the Yeshivas that he directed. His personal example was all that a bochur or yungerman needed to see, no further speeches or stories necessary.

Reb Moshe was nechba el hakeilim, a man who shied away from the public eye and abhorred public attention of any sort. Not willing to accept any public position, he instead worked as a typesetter in his shver Reb Mottel Shusterman’s printing press. In him lived the example of the old Chassidishe mesiras nefesh never to allow others to see what you’ve accomplished in life.

Here and there, reviewing the seforim he was working on at the press, his bekius would slip out, but who knew what happened at the printing press? Almost no one.

You could live in Crown Heights all of your life and never know who Reb Moshe was.

Reb Moshe was the kabollas ol of Reb Nissen without the title. He knew no other way, in health and, c”v, while suffering from a dreaded disease. The fact that his last ounce of physical strength was taken from him by chemotherapy was no reason not to be up the next morning learning his usual Torah schedule.

The fact that he passed away on his father’s yahrtzeit speaks volumes about how similar the two were.

A tribute to Reb Moshe by his son in law, shliach Rabbi Zalman Aron Kantor.