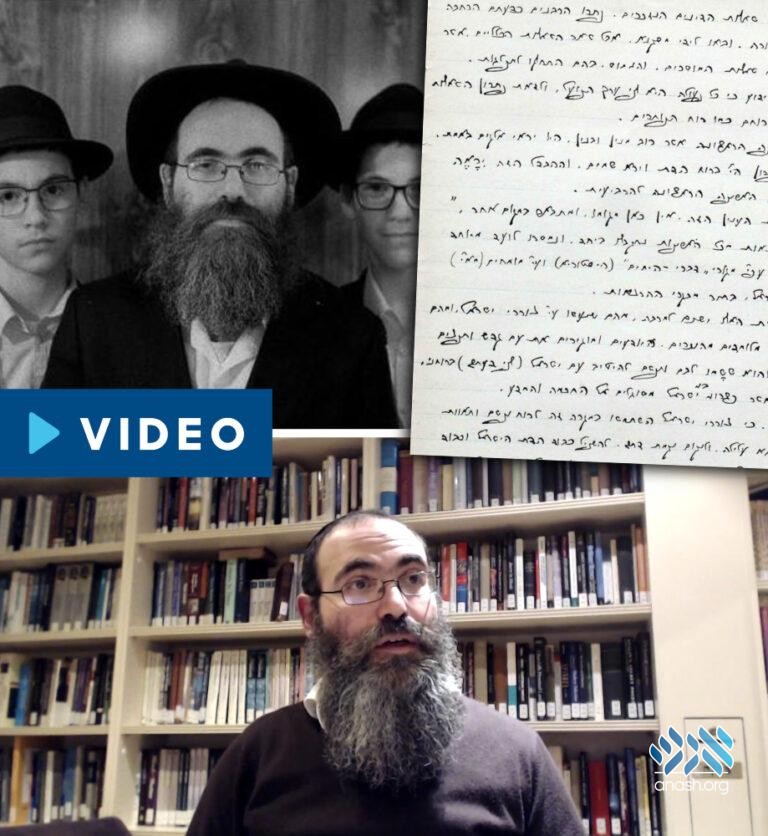 When Cambridge shliach Rabbi Reuven Leigh began studying “Ranat” with his sons, he recorded the sessions to allow them to review. But after uploading them to YouTube, the shiurim quickly began getting views from around the world.

When Cambridge shliach Rabbi Reuven Leigh began recording his study sessions with his sons, he meant it as a way for them to review their study. But after uploading it to YouTube, the classes quickly began getting views from around the world.

Rabbi Leigh, who serves as the shliach to Cambridge, UK, started learning with his two sons after their yeshiva closed due to England’s strict coronavirus lockdown.

In Elul of this past year, the father and son team began studying the famous hemshech of ma’amarim delivered by the Rebbe Rashab in 5659, commonly known as “Ranat”.

“I have always had a special enthusiasm for learning ‘Ranat’,” Rabbi Leigh told Anash.org. “I believe that these ma’amarim are central to understanding Chassidus generally, and especially the Rebbe’s Torah.”

Before each study session, Leigh would turn on a video camera, recording the classes, and later uploaded them as a podcast, to allow his sons to review their studies afterward.

“Once I had the recordings already, I decided to upload them to YouTube as well, thinking that perhaps others could benefit as well,” he said.

Once in the public domain, the videos quickly began getting views from around the world. Rabbi Leigh is well known for his clear and lucid explanations, and the shiurim, taught in an informal home setting, allows one to feel that they are learning in chavrusa with the Cambridge shliach.

Having recently finished the hemshech with his sons, Rabbi Leigh says he hopes others from around the world will enjoy the recordings, making what began as a father-and-son study session have a global and long-lasting effect.