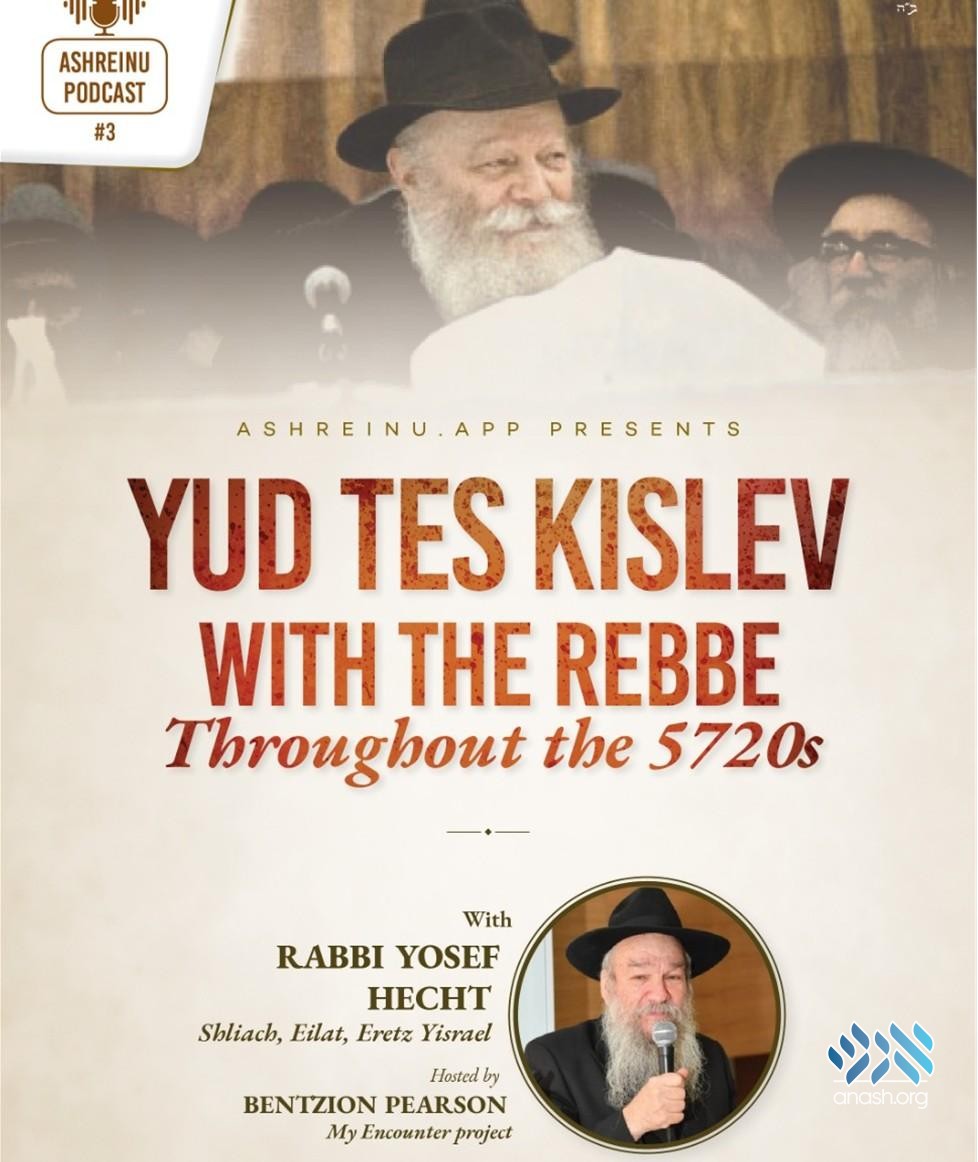 Taste the flavor of Yud Tes Kislev farbrengens in the 5720s with Rabbi Yosef Hecht, in a podcast brought to you by Ashreinu.app

A wide-ranging and fascinating discussion featuring Yud Tes Kislev with the Rebbe throughout the 5720s, is now available on ashreinu.app.

Bentzion Pearson of My Encounter hosts Rabbi Yosef Hecht, shliach to Eilat, Israel, as he shares special moments from farbrengens on the yom habohir.

Listen as Rabbi Hecht shares moments during the Kislev that marked the Rebbe and Rebbetzin’s 40th anniversary, the memorable farbrengen that went until 5 AM, and many other special occasions.

Each moment is narrated and presented together with its audio recording. Experience here at Ashreinu.