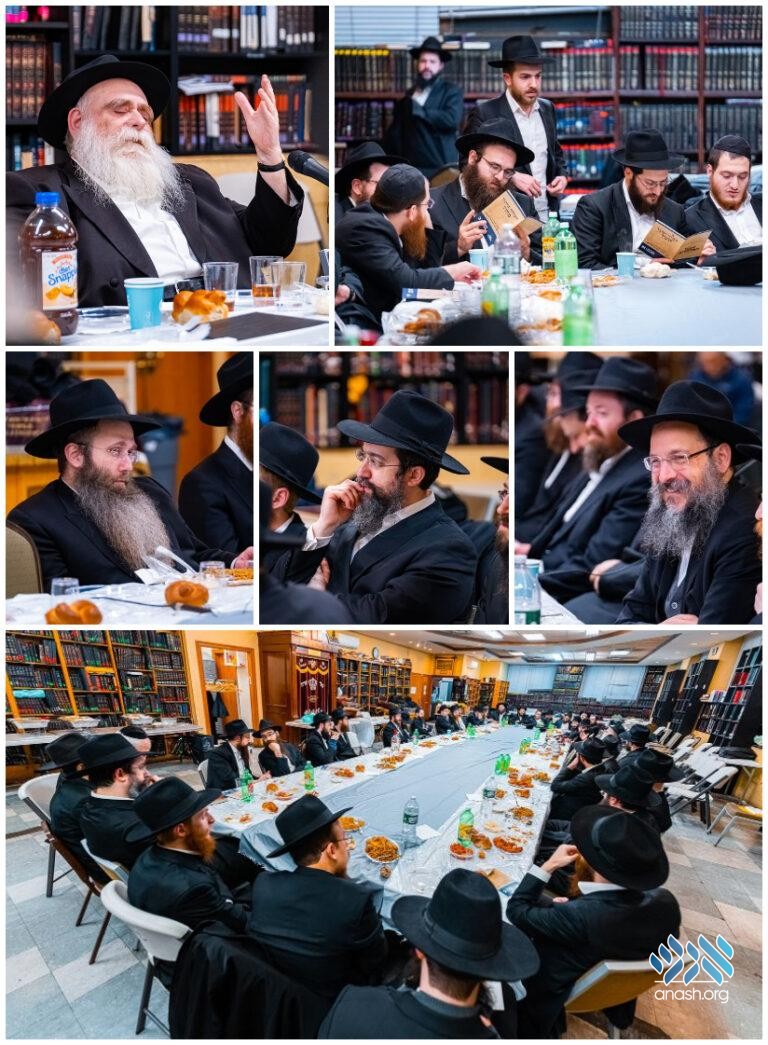 Close to 100 educators gathered in Crown Heights to soak up inspiration and camaraderie at a farbrengen arranged by Lubavitch Chinuch organization Igud Hamelamdim.

It has become a yearly highlight for many teachers: several months into the school year, mechanchim gather for a Yud Shvat farbrengen in Crown Heights. The evening, organized by Igud Hamelamdim, is an opportunity to recharge inspiration and connect with fellow educators.

Close to 100 melamdim, as well as many more online participants, came together this Yud Shevat in a spirit of achdus, to recharge and connect with fellow educators in a dynamic farbrengen, organized by Igud Hamelamdim, the Lubavitch Chinuch organization.

Rabbi Pewzner enthralled the crowd sharing insightful stories of the Rebbe throughout the years, and inspirational anecdotes in his unique joyful way of deliverance.

Amongst many other things, he highlighted the Rebbe’s high regard of mechanchim and emphasized the high place the mechanchim took by all the Rebbeim. The fact that the Rebbe highlighted Shluchim to great regard is a hosafa (an addition) on what we know about mechanchim, he explained.

The mechanchim left the farbrengen deeply moved and uplifted, as many of them commented “it is these farbrengens that keep us energized throughout the long winter months”

A special teshura, titled זכות העוסקים בחינוך, was given out at the farbrengen. It is the 4th publication printed by Igud Hamelamdim’s publication department, and it can be downloaded here.

Rabbi Avrohom Bluming, director of Igud Hamelamdim, told Anash.org, “We source and hire a broad range of renowned, high–impact mechanchim from far and near, to farbreng and share their expertise, chinuch methodology tools and secrets of influence, while simultaneously tapping into the theme of the day to inspire the teacher.”

Each farbrengen delivers invaluable lessons to help teachers improve their hadracha and provides a surge of inspiration to warm and fuel their motivation until the next gathering. Thus, a mechanchim farbrengen has a two-fold effect, uplifting not only the teachers, but through them, their students.