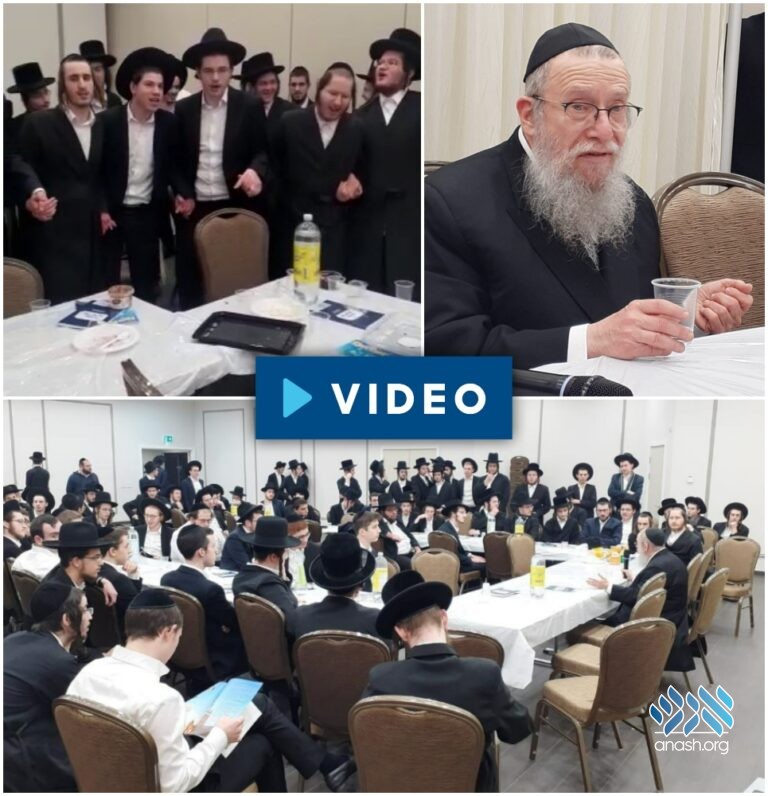 A large crowd gathered in Gateshead, UK, a town usually known for its prominent Litvishe yeshiva, for a farbrengen with Buffalo shliach Rabbi Nosson Gurary, which continued on for hours.

A large crowd gathered in Gateshead, UK, this week for a farbrengen celebrating Yud Tes Kislev, the chag hageulah of the Alter Rebbe.

The town of Gateshead is usually associated with the Gateshead Yeshiva, a prominent Litvishe yeshiva which is the largest yeshiva in Europe, and one of the most prestigious yeshivos in the world. Yet, the interest in Chassidus is great, and the crowd that showed up for the Yud Tes Kislev was just one such example.

The farbrengen continued for over five hours, with the crowd of bochurim listening in rapt attention. The crowd also joined in the singing of chassidishe niggunim, and the evening concluded with a lively dance to the niggun of ‘eimosai k’osi mar.’