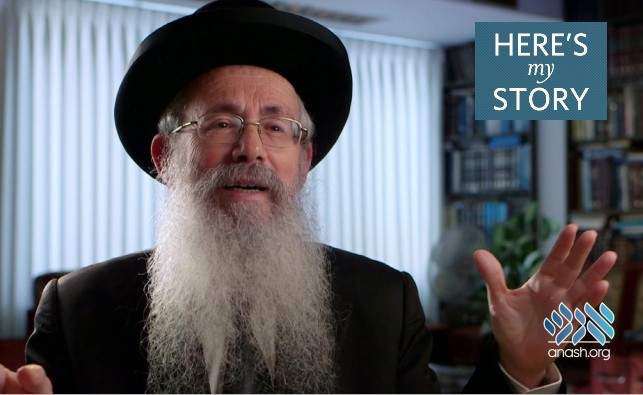 Chief Rabbi of Nof HaGalil, Rabbi Yeshayahu Herzel, had the privilege of receiving special guidance from the Rebbe about spreading the wellsprings of chasidic teachings in the most effective way.

From 1978 until 2006, Rabbi Yeshayahu Herzel served as the rabbi of Kfar Tavor, Israel. Presently he serves as the rabbi of Nof HaGalil, where he was interviewed in May of 2015.

As a Chabad chasid, I had many encounters with the Rebbe over the years, and he gave me much good advice regarding personal matters, regarding Torah study and prayer, and regarding outreach. Today, I would like to share what he taught me about spreading the “wellsprings” of chasidic teachings in the most effective way.

In 1966, when I was studying at the Chabad yeshivah in New York, I became engaged, and during a subsequent farbrengen, I approached the Rebbe to inform him of the good news, bringing a bottle of vodka along. The Rebbe poured some of the vodka into his cup and into my cup and wished me, “L’chaim v’livrachah — For life and for blessing.” Then he instructed me what I should speak about during my engagement vort.

It is customary at a Chabad vort for the groom to deliver a chasidic discourse which focuses on the deep mystical interpretations of the Torah — what is called nistar, its “hidden” dimension. But the Rebbe told me that I should also speak of nigleh, its revealed dimension, even if this is not usually done.

“If anyone bothers you, tell that person that I instructed you to do this,” he added. As I was walking away, the Rebbe called after me, “But prepare well!”

Many rabbis and scholars were present at the vort, among them an important member of the bride’s family who was Litvish, that is to say he was not chasidic. I did as the Rebbe advised and, apparently, they were favorably impressed with my speech.

Afterwards, the teachers of my yeshivah reported to the Rebbe, who wanted to hear about the vort. They told the Rebbe that the Litvish rabbi was surprised that I spoke words of nigleh and that I even referenced the teachings of the Rogatchover Gaon — a Talmudic scholar of the 20th century who was known for his stunning genius — in my speech. Hearing this the Rebbe smiled and remarked, “Why the surprise? The Rogatchover was one of ours,” meaning that the Rogatchover Gaon came from a Chabad background.

After the wedding, my wife and I returned to Israel, where I was to study in kollel for married men, as per the Rebbe’s directive. On one occasion, we traveled to Jerusalem to visit my parents for Chanukah. Visiting them at the same time was the dean of the Gateshead Talmudical College, an important Litvish yeshivah. When it came time to speak words of Torah, I was asked to say something. I shared a talk of the Rebbe about what is written in the Tanya, the seminal work of Chabad philosophy. In that talk, the Rebbe elaborated on what it says in the Tanya about the “awesome union unlike any other” between a Jew and G-d, which is achieved through the study of Torah, and explained that this happens mainly through the study of nistar, its inner dimension.

The next time I was to visit the Rebbe, I mentioned this in passing in the letter I submitted before my audience. I didn’t expect the Rebbe to pay attention to it, but he did. “Did you also speak about nigleh?” he asked. And when I answered that I didn’t, the Rebbe said, “That is a shame, because it may have brought [this dean] closer to chasidic teachings, thereby hastening the Final Redemption.” Then the Rebbe instructed me to write to him and include in my letter concepts of nigleh.

Of course, I did this. I sat down and I wrote on the topic of mitzvot tzrichot kavanah — whether the fulfillment of the commandments requires deliberate intention or whether the physical deed is enough — and I sent this letter to him.

From this experience, I learned that spreading the “wellsprings” of Chassidism is best done in a way that will be accepted by the audience. Today, this is the message that I always try to give over to my yeshivah students: “Make sure you know the revealed Torah well. If you do, you will also bring others closer to the hidden Torah and to chasidic teachings.”

In the beginning of 1969, we were fortunate to be one of the first five families who were sent by the Rebbe to establish the Nachlat Har Chabad neighborhood in Kiryat Malachi. When many new immigrants from Georgia also settled in Kiryat Malachi, we did outreach work with them, offering Torah classes and also organizing farbrengens. But since we did not have a synagogue of our own, we prayed in their synagogues, using their prayer books and singing their Shabbat tunes. This went along with the Rebbe’s focus on connecting with our fellow Jews in a manner familiar to them.

A few years later I received an offer to join a new kollel that was opening in the Nazareth Illit. With the Rebbe’s approval, I accepted it. At first, I was the only Chabad young man in that kollel, but later others joined. The schedule was that we studied Torah in the morning, and in the afternoon and evening we would do outreach in the area. It wasn’t simple as there were only a few religious people living there, and most of the secular residents — as well as local authorities — weren’t especially friendly. When I wrote to the Rebbe about this, he replied, “It is a near certainty that if you do not involve yourself in political matters, you will find favor in everyone’s eyes.” This again showed the Rebbe’s sensitivity to the feelings of those with whom we interacted in our outreach efforts.

In 1977, when I received an offer to serve as the rabbi in Kfar Tavor, I wrote to the Rebbe about this, and his answer was, “If you will lead [the village] according to the Code of Jewish Law, you should accept the position.” What the Rebbe was telling me is that rabbinical work involves challenging situations, and he was consenting to my taking this job on the condition that I resolve not to compromise on any aspect of Jewish law.

The Rebbe was willing to bend over backwards to accommodate the sensitivities of Jews from all walks of life, but he was never willing to compromise on Torah principles in any way.