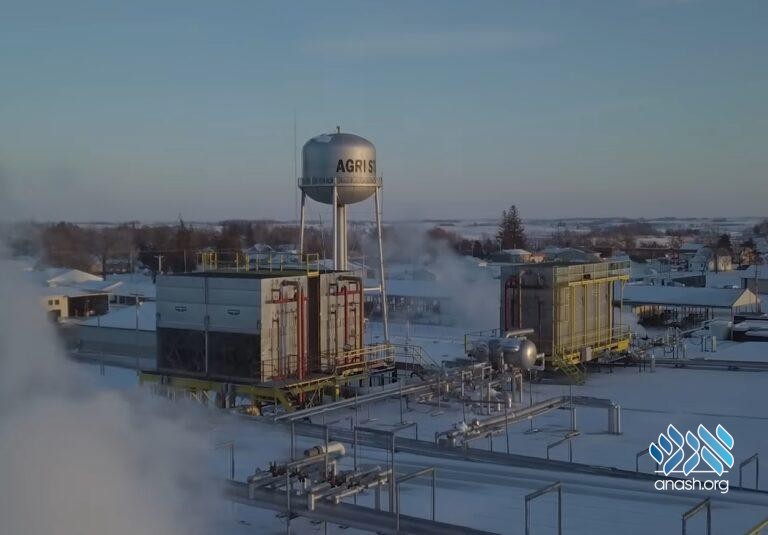 An explosion at the Agri Star Kosher meat processing plant in Postville, Iowa has injured two people and caused severe building damage. The plant did not shut down.

An explosion at the Agri Star meat processing plant in Postville, Iowa has left two people injured along with building damage.

Fire crews were called to the plant around 3:00 p.m. after a propane gas tank was damaged by a forklift causing a fireball that blew off part of the roof and part of a wall.

Postville Police Chief Matt Ellis said there was no fire following the initial explosion and the scene was quickly cleared. Authorities haven’t disclosed if any livestock was killed in the explosion.

The two injured workers were taken to a hospital in Decorah, one victim suffered facial and possible head injuries.

The plant did not shut down fully, some areas of the plant that were not impacted are still up and running.

Following the incident, Agri Star released a statement, saying there were no other injuries besides the two workers.

“Today Agri Star endured an unfortunate event, when a propane gas tank burst causing 2 of our team members to be sent for treatment/observation and we pray for their quick recovery. The incident occurred on the live dock which is adjacent to the processing building. We are delighted to report no other team members inside the facility were hurt. Our management team and nearby team members did a great job evacuating the area until proper clearance was given. Thank you to the Postville Ambulance, Fire Department, and local authorities for promptly assisting,” the statement read.