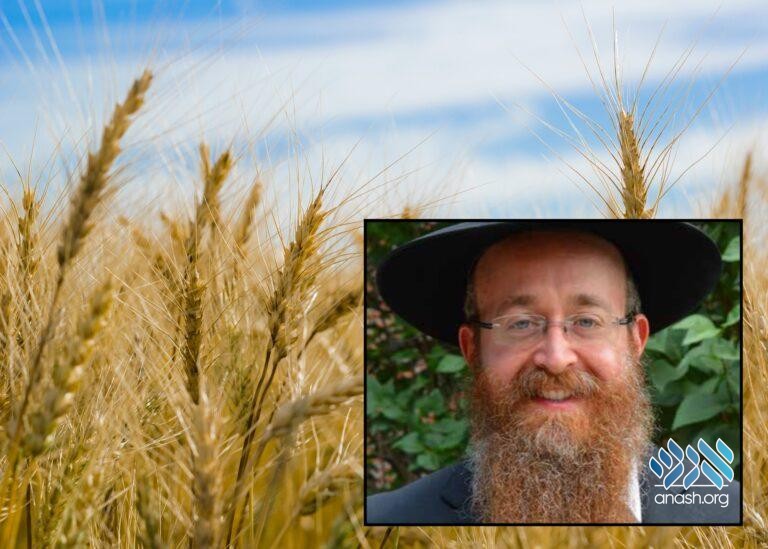 Are you familiar with all the laws and customs of counting and observing sefira?  Read this comprehensive guide by Rabbi Shmuel Lesches, Rov of Young Yeshivah Shul in Melbourne, Australia.

The following is a Halacha guide compiled by Rabbi Shmuel Lesches, Rov of Young Yeshivah Shul in Melbourne, Australia.

Sefiras Haomer is performed right after Tzeis Hakochavim, and at the conclusion of Maariv (right before Aleinu).

From half an hour prior to sunset until after one (davens Maariv and) counts the Omer, one may not eat more than a K’beitzah (57 grams) of bread or Mezonos. If, for whatever reason, one began a meal prior to sunset, he is not required to interrupt it when the time of Sefirah arrives. However, if one began after sunset, he must interrupt it to count Sefiras Haomer as soon as the time arrives.

If one appoints a Shomer (guardian) to remind him to count the Omer, or he will be attending a later Minyan where he regularly davens, he may eat prior.

One may not perform manual labour from sunset until after he counts the Omer.

If one realized that he forgot to count the Omer, he may still count with a Brocho the entire night until dawn, but should hurry to do so as soon as possible.

The same applies when one heard someone else counting the Omer any time between Plag Hamincha and Tzeis Hakochavim, even if he had no intention to be Yoitzei from him, unless he had explicit intention to not be Yoitzei.

One should stand for Sefiras Haomer. In extenuating circumstances (such as infirmity), or after the fact, one is Yoitzei even if he was sitting or reclining.

After reciting the Brocho, one should not pause or speak before counting the Omer, even to answer Omen to someone else’s Brocho. If one did speak, he needs to repeat the Brocho only if his words were unrelated to the counting.

When reciting the actual Sefirah, one must know its meaning; otherwise, he does not fulfil his obligation. If necessary, one may recite Sefirah in any language that he understands.

The chapter of Tehillim that follows Sefiras Haomer contains 49 words (excluding the first Posuk). The Posuk of Yismechu in that chapter contains 49 letters. The next paragraph Ono B’Choach contains 49 words. When counting the Omer, one should have in mind the words and letters corresponding to that night. [These are printed in the Siddur alongside each night’s Sefirah.]

If one recited the wrong Sefirah, he should correct himself as soon as possible. He does not need to repeat the Brocho, unless he already diverted his attention from the Mitzvah of Sefirah.

Women are exempt from Sefiras Haomer. Even so, they may still count with a Brocho, and it is customary for them to do so.

Boys from the age of Chinuch must recite Sefiras Haomer. [If necessary, they may count the Omer before Tzeis Hakochavim, as long as it after Plag Hamincha, and preferably after sunset.]

A child who became Bar Mitzvah during the period of Sefiras Haomer continues counting the Omer with a Brocho.

If one forgot to count the Omer over the course of an entire night and day, and didn’t remember until the following night, he continues counting all subsequent nights of the Omer, but without a Brocho.

If one is unsure whether he counted the Omer throughout an entire night and day, he continues counting the subsequent nights of the Omer with a Brocho.

If one did not yet perform Sefirah, and is asked what night of the Omer it is:

If, after Plag Hamincha, one answered the question directly:

One who is reciting Sefirah without a Brocho (for whatever reason) should try to hear the Brocho from another male over Bar Mitzvah. The one reciting the Brocho should have in mind to be Moitzie the listener. The listener should have in mind to be Yoitzei the Brocho, answer Omen (but not Boruch Hu U’Voruch Shmo), and count the Omer immediately afterwards, without interruption. For this reason, it is appropriate that the Chazzan has in mind anyone who cannot make the Brocho. Nevertheless, one who needs to hear the Brocho should not take this for granted, but should explicitly ask the Chazzan (or someone else) to be Moitzie him.

Polar flight routes can be more problematic. If it is absolutely necessary to fly such a route, or after the fact, one should seek guidance from a Rav familiar with these matters.

The Torah forbids the consumption of new grains (Chodosh) until after the Minchas HaOmer was offered up in the Beis Hamikdash on the second day of Pesach, or in our times, the third day of Pesach in Eretz Yisroel, and the fourth day in Chutz Lo’oretz. The grains become permissible after this time, and are known as Yoshon.

🙝 Days of the Omer

Tachnun is not recited until the second day of Iyar.

It is Chabad custom to learn one daf of Masechta Sotah each day of the Omer. On the first day, one learns the “Sha’ar Blatt”.

It is not Chabad custom to be punctilious about including the day of the Omer when dating a letter.

The period of the Omer is a time of mourning, commemorating the 12,000 pairs of Rabbi Akiva’s students who died due to a lack of sufficient respect for each other. Obviously, it is an opportune time to emphasise the Mitzvah of Ahavas Yisroel.

The following activities are prohibited from right after Pesach:

The following activities are permitted, but without music or dancing:

The Rebbe personally would observe the fasts of BeHa”B (this year on Monday 7 Iyar, Thursday 10 Iyar and Monday 14 Iyar). However, the general Chabad custom is not to fast. The Rebbe explained that this is in line with the fact that we are so close to the times of Moshiach, when all fasts will be nullified. [Nevertheless, the Rebbe encouraged all already accustomed to fasting to continue doing so.]

These days should be associated with increased Teshuvah, Torah, Tefillah and Tzedokoh, with joy and happiness.

Tachnun is not recited on Pesach Sheni, but is recited the afternoon before.

One should eat Matzah during the day, to commemorate the sacrifice of the Pesach Sheni. [Some maintain that the Matzah should be eaten specifically after midday.]

Some also eat Matzah the night after, to commemorate the eating of the Pesach Sheni. [The Rebbe mentions this custom, and some say that the Rebbe himself ate Matzah at night in addition to eating Matzah during the day.]

Lag Bo’Omer is a two-fold celebration. Firstly, the students of Rabbi Akivah stopped (or paused) dying. Secondly, it marks the passing of Rabbi Shimon Bar Yochai, who instructed that the day be celebrated.

Tachnun is not recited on Lag Bo’Omer, nor the afternoon beforehand.

The day’s celebratory nature begins at night, and not just at day. The Shule is lit up brightly.

The Arizal was particular not to take haircuts even on Lag Bo’Omer, and this is the widespread Chabad custom. Nevertheless, the Opshernish of any boy who turned three between Pesach and Lag Bo’Omer is conducted on Lag Bo’Omer.

It is customary to light bonfires.

It is customary to eat carobs in order to commemorate how Rabbi Shimon Bar Yochai and his son were sustained when hiding in the cave.

One should give extra Tzedokoh.

It is customary to go out to the fields. [Many of the Rebbeim would go out to the fields. Most notably, the Mitteler Rebbe conducted a Farbrengen in the fields, which consisted of a light meal that included hard-boiled eggs. The Mitteler Rebbe would say L’Chaim even though his health did not permit it. There was much singing and dancing, the recitation of Maamarim, and many miracles were seen then, specifically with regards to fertility.]

It is customary for children to engage in archery to commemorate the fact that no rainbow was seen in the days of Rabbi Shimon Bar Yochai.

The Rebbe encouraged that parades be arranged globally; to strive that every Jewish child participate; and to utilize the time for Mivtzoim.

A Farbrengen should be conducted.

The Baal Koreh receives the Aliyah containing the Tochecha and recites the Brocho before and after it. He is not called up to the Torah; however, he does receive the Mi Sheberach after.

The Tochecha is read more quietly and quickly than usual. Obviously, one must still hear every single word clearly.

The Aliyah of Chazak is given to a prominent person. The whole congregation stands for the last Posuk.

Unlike every other Shabbos Mevorchim, Av Harachamim is recited on Shabbos Mevorchim Sivan, in memory of the tragedies that occurred during this month. It is customary for the Gabboim to arrange a Farbrengen with the purpose of increasing resolutions in learning Torah, keeping MitzvosB’hidur, and rejoicing in the completion of the Torah.