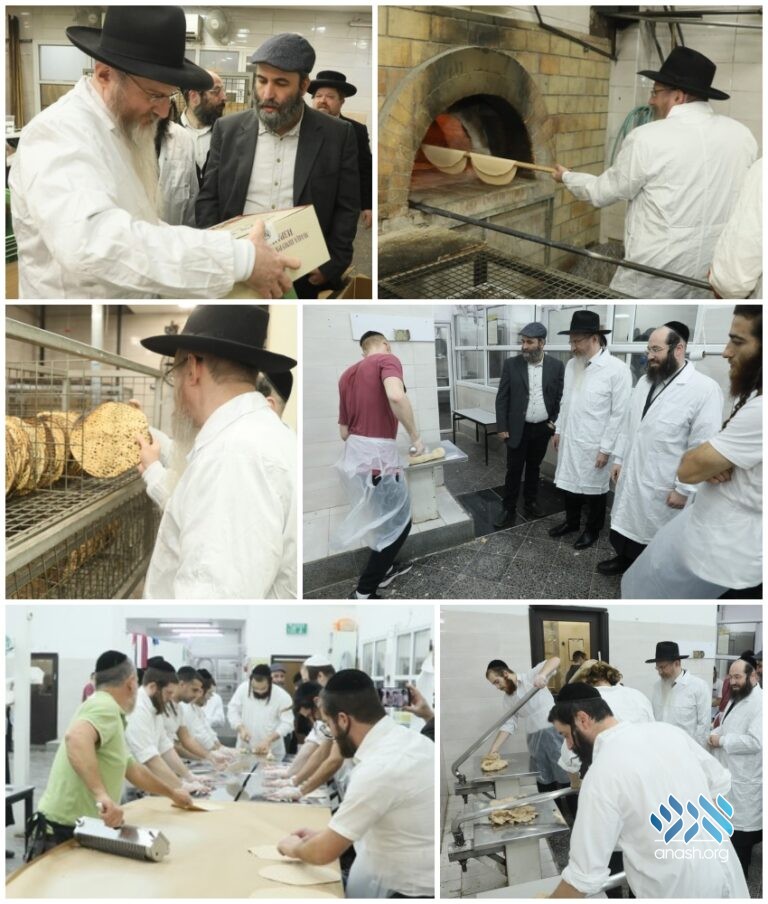 All of Russia’s Jews will be gifted with Shmura Matza for the nights of Pesach through the Rebbe’s shluchim thanks to the financial support of the Werdiger family and the Jewish Agency.

With the yomtov of Pesach coming up, the Federation of Jewish Communities in Russia is working tirelessly to significantly increase its activities and events this year.

The logistics teams have been diligently planning a most meaningful holiday for Russia’s Jews, by both increasing the numbers of Pesach Seders in as many cities as possible throughout Russia, as well as distributing Shmura Matza to every Jew no matter their location.

Russia’s Chief Rabbi Berel Lazar has recruited many friends and supporters to assist with the Pesach preparations, and is personally monitoring their progress. Amongst other things, a few days ago Rabbi Lazar visited the Karlin Matza Bakery in the city of Modiin Ilit.

This is one of the Mehadrin bakeries that produces the largest amounts of Matza for the Jews of Russia, which will be carefully shipped in huge containers to Moscow during the next few weeks. From Moscow they will be distributed by train to many more cities throughout Russia.

With the financial support of Australian philanthropist Family Werdiger as well as the Jewish Agency, all of Russia’s Jews will be gifted with Shmura Matza for the first two nights of Pesach.

Also, all Public Seders will receive Shmura Matza for free. Great efforts will be invested this year in ensuring that needy families will receive “kimcha dePischa” packages with all their holiday needs which will enable them to celebrate Pesach at home in a most dignified manner.