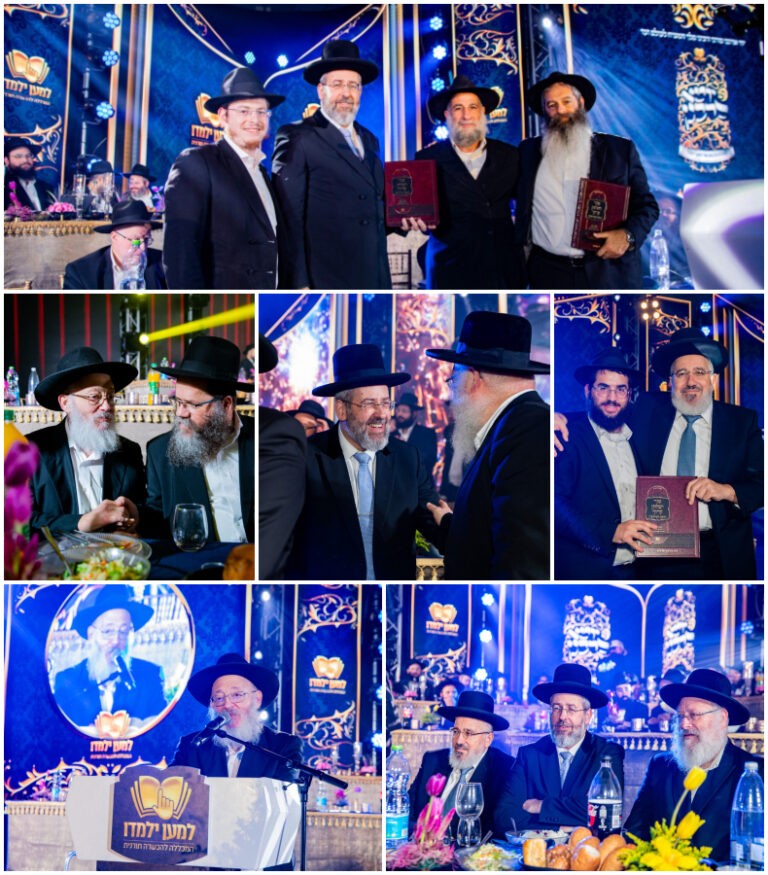 Hundreds attended an event to mark seven years since the founding of Machon Lemaan Yilmedu L’Limud Halacha operating around the world.

Hundreds attended an impressive, festive event that was held in Kfar Chabad to mark seven years since the founding of Machon Lemaan Yilmedu L’Limud Halacha operating in Eretz Yisrael, America, France, Russia, and other countries.

The event began with Rabbi Eliyahu Yochanan Gurary, Rav of Holon and member of the Beis Din Rabbanei Chabad, who during the years since the founding of Lemaan Yilmedu directs the Board of Ordaining Rabbis. Rabbi Gurary praised the learning of halacha and receiving a semicha certificate by balabatim and the special learning tracks for shluchim, especially on chuppa v’kiddushin.

Rabbi Chaim Yitzchok Eizik Landau, Rav of Bnei Brak spoke about the advantage of Lemaan Yilmedu’s approach in which the one learning pays to learn halacha. “When a person pays for something, the payment creates a feeling of responsibility and obligation. He takes it seriously. Torah study, instead of being regarded as something transitory and non-binding becomes something significant that changes a person, his home, and surroundings.”

The guest of honor, Israeli Chief Rabbi Dovid Lau, summed up the importance of the event in a few words. He said, “Machon Lemaan Yilmedu has created a revolution in the past seven years. Thousands of musmachim, people who merit that their daily routine includes the beis medrash, Jews with a fixed commitment that is real and not just lip service.”

Toward the end of the evening, Rabbi Yosef Yitzchok Wilschansky, Rosh Yeshiva of Tomchei Tmimim in Tzfas, spoke. He conveyed to the crowd his personal impressions of the event which would conclude with the current crop of graduates receiving their semicha ordination, and drew a connection to preparing for the true and complete Geula when the prophecy will be fulfilled of “and the earth will be filled with the knowledge of G-d like the waters cover the seabed.”