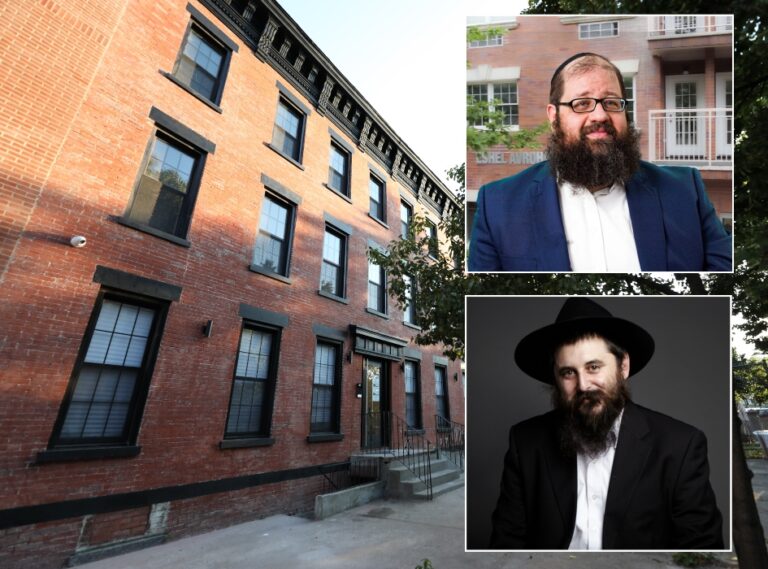 Rabbi Richard Tamaguzi, shliach in S. Paulo, Brazil, began bringing groups of mekuravim to the Rebbe twenty years ago. Thanks to Eshel, they have been able to focus on the spiritual and the impact of the visit is that much greater.

Whoever spent Yud Shevat or Gimmel Tammuz with the Rebbe could not help but encounter the group of Brazilians. More than 100 mekuravim with a unique energy go to 770 for tefillos and farbrengens. Leading the group are several shluchim of the Rebbe as well as the rav of the community, Rabbi Shamai Ende.

The Director of the group Rabbi Richard Tamaguzi explained how it all began and what enables the group of Brazilians to come in such large numbers that they have to divide the group into two.

“We started 22 years ago. I was a bachur in yeshiva and for Yud Shevat 5760, marking fifty years of the Rebbe’s leadership, some of us from Brazil sat down to farbreng. We made a hachlata tova to bring a group of mekuravim from Brazil to the Rebbe. Along with me were Rabbi Shamai Ende and Rabbi Daniel Ashkenazi. When we arrived in Brazil and spoke to the shluchim, they told us that Brazilians would not like winter in New York and the best time to go is for Gimmel Tammuz.

“The first group had 16 people and, the truth is, it wasn’t easy… Before we arrived, we had to set them up with a number of families. Even when we were in Crown Heights, we had to collect them from all over the neighborhood and all this took tremendous energy and time.

“Eshel opened ten years ago which was very good news for us. Now we were able to arrange everything in Crown Heights with one phone call with the management of Eshel. Instead of endless phone calls, we could arrive from the airport to one location. Instead of sending the guests all over the neighborhood, every shiur and farbrengen became much easier. We simply decide on a time and everyone shows up together and there’s no need to pick people up from this street and that street.

“Thanks to the Eshel building, we were able to accept more and more people in the group and it was much easier. In recent years, the group has grown to more than 150 people so that the Eshel building is not big enough anymore. That’s why we decided to split the visit to the Rebbe and bring two groups, one from Rio de Janeiro and one from S. Paulo.

“I must stress that for every mekurav who goes to the Rebbe it’s a life-changing visit. People experience spiritual transformations and, as shluchim, we are amazed every time to see how great the impact of a visit is. As far as we are concerned, from the moment the Eshel building will open and enable us to bring dozens more people each time, that’s another several dozen people who start keeping Shabbos, putting on tefillin, etc. The mekuravim themselves tell me that it’s all due to the visit to the Rebbe!

Rabbi Nadav Cohen, familiar to many as a speaker and author of books on Chassidus, has, in recent years, been organizing groups of mekuravim to visit the Rebbe.

“I dreamed of these groups for many years, ever since I was on Kevutza and saw how a Shabbos in 770 brings about an astonishing change in mekuravim. But until the Eshel building opened, it was just a dream. I have no contacts in Crown Heights and it wasn’t feasible to arrange places for everyone in guest apartments or basements. In addition, meals would have to be arranged. It wasn’t practical.

“When Eshel opened, I was in the building and I liked it so much – its location near 770 and the fact that you can arrange everything with one phone call that on the spot I decided to start arranging a group of mekuravim. Staying at Eshel was excellent in every way. Even as we were putting the group together, the fact that there is a building near 770 motivated people to register. Later, when we stayed there, the management of the building took care of every detail which enabled us to focus on the spiritual aspect of the visit.

“Aside from enormous impact of the visit on the members of the group, we have seen miracles and wonders over the years that the Rebbe showers on the group. It demonstrates to us how precious this trip is to the Rebbe. As an example, I just got a message from one of the participants of the upcoming group who, despite the financial difficulty, decided to join us. A few days later, his accountant called him and asked him to submit the business’ paperwork for the purposes of a tax refund that was earlier than usual. He gave in the documents and within a short time he received a letter from the tax authority about a refund that was almost exactly the amount that he paid for the trip!”