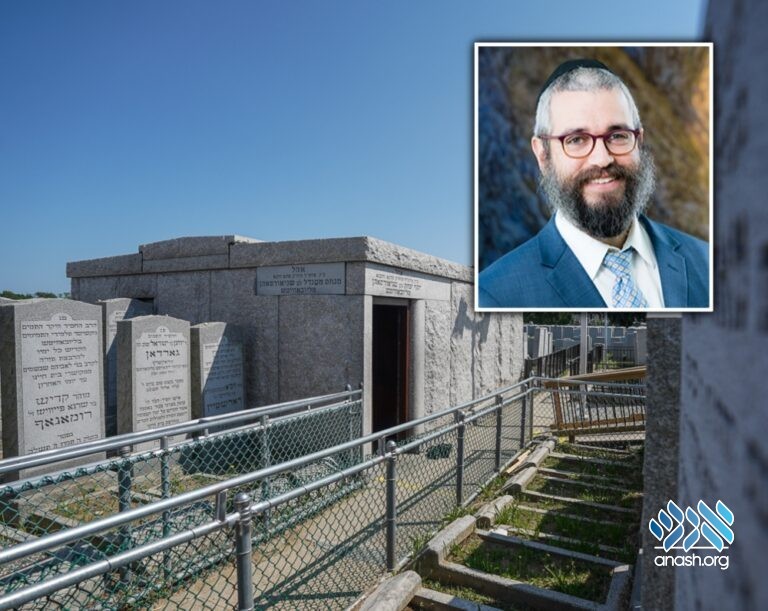 The Yiddishist club building seemed like a perfect fit for Friendship Circle of Cleveland, and Rabbi Yossi Marozov was not expecting the fierce opposition from one member of the board.

As told by Rabbi Yossi Marozov, Cleveland OH
From Derher’s new book, The Rebbe Will Find a Way.

We were fortunate to come to Cleveland as the Rebbe’s shluchim in Elul of 5760 (2000). Four years later we opened a Friendship Circle to assist children with disabilities and their families and, boruch Hashem, the program grew steadily.

In 5766 (2006), we heard there was a building near us that was up for sale, and we decided to jump on the opportunity to expand into a location that would properly house our operations. The building belonged to the Workmen’s Circle, a secular Jewish international organization geared towards promoting Yiddishist culture and labor unions. I was well acquainted with many key members of the Cleveland chapter because I had done programs in their school and as one of the only Yiddish speaking people in town, I had developed a rapport with them. I was therefore hopeful when I submitted our bid to purchase their building.

After a bit of back-and-forth, our bid came before the Workmen’s Circle board and sure enough, from the sixteen board members with voting rights, fourteen voted in our favor. Harry and Marilyn Cagin, the elderly couple who voted against our bid, were so adamantly opposed to us receiving the building that they threatened to resign from the board. I found out that this was for two reasons. Firstly, they felt the organization could have received a higher bid from another buyer. But more importantly, they were terribly upset at the prospect of the building going to an organization completely “out of line” with the Workmen’s Circle’s ideals. Although our bid was accepted, their opposition caused a deep schism in the organization and left a bitter taste in everyone’s mouths.

In any case, I was now faced with a tremendous challenge. I had sixty days to come up with $235,000 and I didn’t have a penny to start with. The day I received the news that the board had voted in our favor, I booked a flight to New York for the following week in order to visit the Ohel and ask the Rebbe for a bracha for success.

My itinerary only allowed me a few short hours in New York. At the Ohel, I wrote a tzetel detailing our situation and asked the Rebbe for a bracha that we should somehow be able to come up with the necessary funds in time to acquire the building. After my short visit at the Ohel I rushed back to the airport to catch my return flight to Cleveland.

I was the last person to board the plane, and approaching the seat number printed on my boarding pass, I saw it was a window seat with the outer two spaces occupied by an elderly couple. In order for me to reach my place, they would have to stand up and move out to the aisle while I climbed in. The plane was quite empty so I offered to move to a different seat so as not to inconvenience them. How surprised I was when the man uttered a grateful “adaink” in Yiddish! Realizing that I had an opportunity to spend the next hour conversing with a Jewish couple in Yiddish, I changed my mind and asked if they wouldn’t mind if I retained my original seat. “Mit fargenigen – with pleasure,” they said.

After some small talk I asked them their names and lo and behold, the man introduced himself as Harry Cagin. I was shocked! “Harry Cagin!” I exclaimed. “And you must be Marilyn!” I said, turning to the woman. I promptly introduced myself: “I’m Rabbi Yossi from the Friendship Circle.” Now it was their turn to be shocked! Realizing that we were stuck together for the duration of the trip, we all began to laugh and the tension quickly melted.

I immediately felt that this was the Rebbe showing me that we would be successful in all things regarding the building, and I was determined not to lose this opportunity to make a positive impact on this couple. First I explained to them what our organization was about and why we needed the building. They were genuinely impressed and soon we moved on to the subject of Yiddishkeit and emunah. Harry considered himself a skeptic (to say the least,) but we had a very open conversation and towards the end, I explained why I had made the trip to New York that day and pointedly asked him who he thinks orchestrated this meeting between us. He answered with visible emotion “Es iz geven G-t – it was G-d.”

Before we parted, he jotted down their address on an airplane napkin and asked that I visit them at home. We developed a very warm relationship, and they even pledged towards our building fund! Thanks to the Rebbe’s brachos, we managed to collect the funds for the building in time and since then we have moved to an even larger location.

There are times when it may be harder for us to discern the Rebbe’s brachos and kochos in our shlichus. On that plane, only minutes after being by the Ohel, I felt the Rebbe was showing me that he is with me and would continue to shower me with his holy brachos and kochos every step of the way.

From the new book by Derher – The Rebbe Will Find a Way. Get the book today!