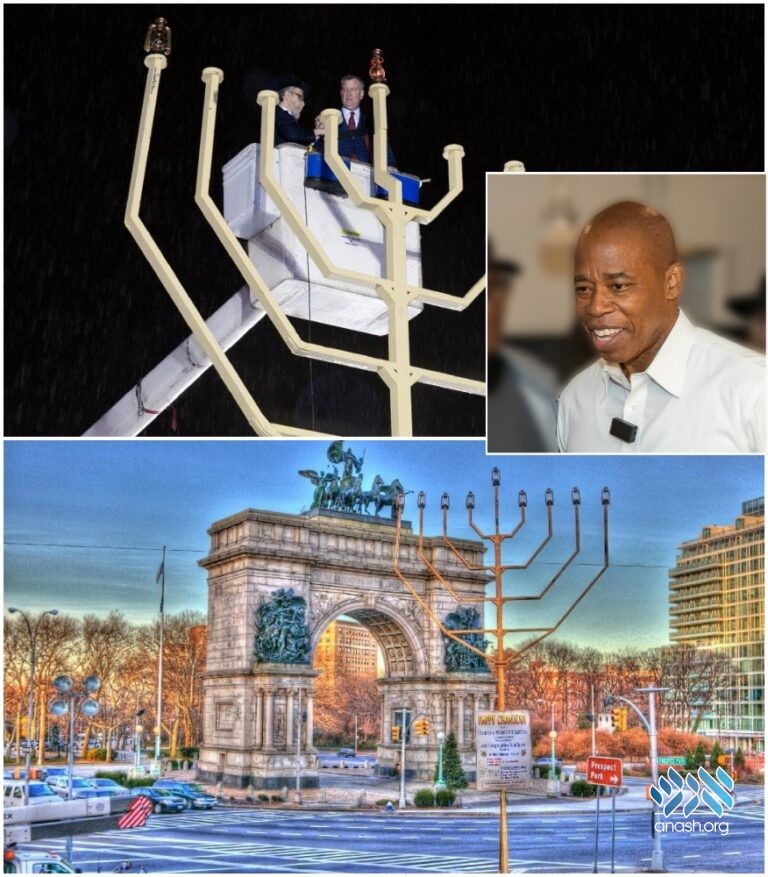 NYC Mayor-elect Eric Adams will be honored with lighting the shamash candle of Brooklyn’s Largest Menorah on Sunday, the first night of Chanukah, in a celebration that will begin with a concert by the Pumpidisa band.

NYC Mayor-elect Eric Adams will be honored with lighting the shamash candle of Brooklyn’s Largest Menorah on Sunday, the first night of Chanukah, in a celebration that will begin with a concert by the Pumpidisa band.

New York’s premier and largest Chanukah celebration will commence with the annual kickoff concert at Brooklyn’s Largest Menorah on Sunday, November 28 at 4:00 pm featuring a live performance by the highly acclaimed Pumpidisa band. Mayor-elect Adams will be honored with lighting the shamash candle at 4:45 pm.

The Largest Menorah in Brooklyn is consistently featured by prominent media outlets as a top holiday event in NYC. Each night The BLM honors community leader, elected officials and philanthropists with leading the lighting ceremony. Some of our past honorees have been US Senate Minority Leader Charles Schumer, NY City Mayors Michael Bloomberg and Bill de Blasio, as well as many other dignitaries.

“The Menorah is one of the most recognized symbols of the Jewish people. Its lights proclaim the timeless message of the Chanukah miracle. This huge menorah publicly reaffirms the celebration of our freedom. It is most appropriate that our next Mayor will usher in the holiday, from this menorah, for the entire New York.” said Rabbi Shimon Hecht, Director, Chabad of Park Slope.

Due to the heights of the huge menorah, the gold colored steel structure will be lit using a special 60-foot boom lift. Kerosene lanterns with specially designed glass chimneys shelter the Chanukah lights from the outdoor elements.

The annual Menorah lighting ceremony is a community-wide event celebrated by Jews and non-Jews alike.

Every night the celebration is accompanied with live music and hot latkes for all. Special gifts are distributed to every child, making this a family celebration and a must on everyone’s calendar.

Brooklyn’s Largest Menorah is a project of the National Committee for the Furtherance of Jewish Education (NCFJE) and Chabad of Park Slope.