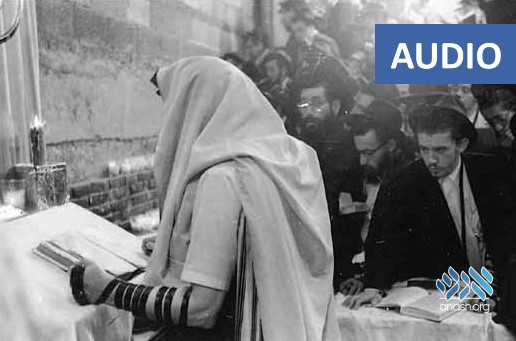 Listen to the Rebbe’s emotional chazaras hashatz as he leads tefillos during the year of aveilus for his mother.

A newly acquired audio collection has been released by Ashreinu.app, containing audio of the Rebbe davening at the amud during the entire month of Sivan 5725, the year of Aveilus for the Rebbe’s mother, Rebbetzin Chana ע”ה.

The reels were recorded by Rabbi Sholom Yisroel Hodakov, and given by Rabbi Levi Slonim to ashreinu.app for the benefit of its listeners.

The release is dedicated in honor of the Ashreinu team and the entire JEM staff.