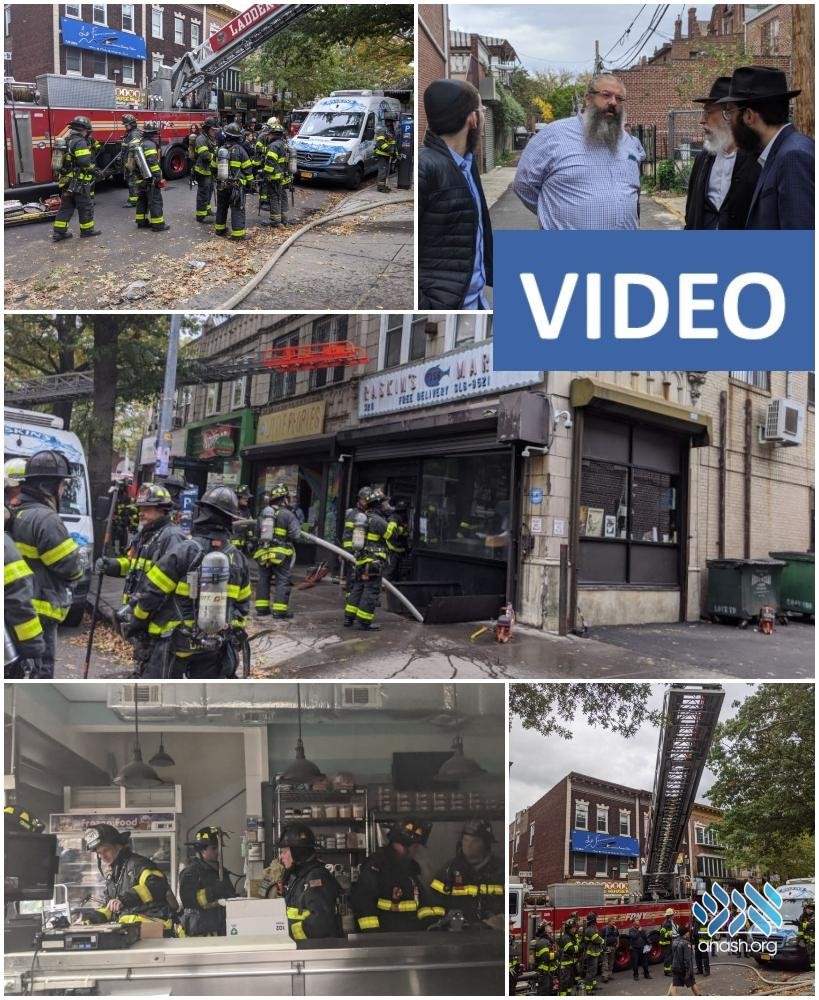 An electric fire in the basement of Raskin’s Fish Store on Kingston Avenue had dozens of firefighters responding, closing Crown Heights’ main street for a long while. The building was damaged but no injuries were reported.

An electric fire in the basement of Raskin’s Fish Store on Kingston Avenue caused dozens of firefighters to respond, closing Crown Heights’ main street for a long while, as they fought the fire.

The fire was discovered when workers in the store noticed that the electricity has gone out. Going out to investigate, they noticed that smoke was coming out of the basement. The fire department was immediately called, and within minutes, numerous trucks and crews responded, closing off Kingston Ave.

The fire and the subsequent containment efforts caused heavy damage to the store’s basement, but Baruch Hashem, no injuries were reported.

Rabbi Aharon Leib Raskin, son of the stores founder Berke Raskin, told Anash.org that is was “a miracle” that his brother Yossi Raskin was in the store when the fire broke out, and was immediately able to call the fire department.