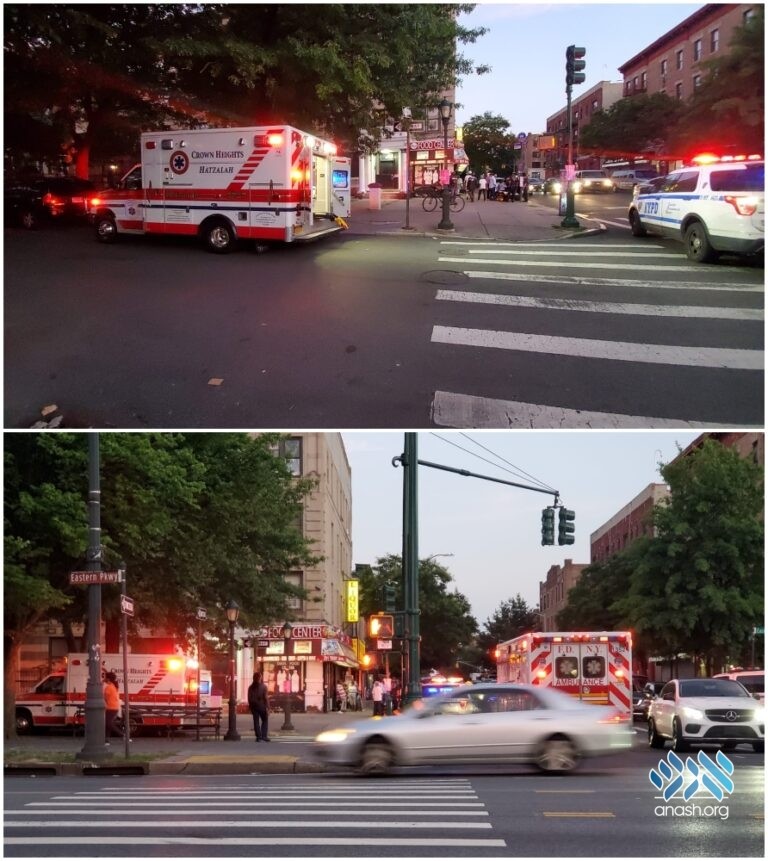 An elderly Jewish man was brutally beaten by a pair of thugs in Crown Heights on Tuesday night over a minor fender bender incident.

An elderly Jewish man was brutally beaten by a pair of thugs in Crown Heights on Tuesday night over a minor fender bender incident.

The incident took play near Eastern Parkway and Troy Avenue at about 8:30 PM, when a Jewish man accidentally bumped into another car while driving. He then exited his car and took pictures of both cars to properly record the incident and allow for proper reporting.

While he was attempting to work out the situation, the occupants of the second vehicle, two black males, exited their car and began beating him brutally.

The perps broke a number of the victim’s bones and caused significant injuries to his face. They then stole his phone and fled the scene. Shortly afterward, Hatzalah arrived and transported the victim to Maimonides Hospital. Officers from the NYPD 71st precinct also arrived on the scene and attempted to locate the attackers by tracking the stolen cell phone.

Shomrim was informed approximately an hour after the incident and began assisting the NYPD in their attempts.

“We tracked the phone to a multi-residence building, but were unable to pinpoint an exact location,” Shomrim told Anash.org. “We turned over the information to the NYPD and gave them access to track the location, but so far no arrests have been made.”