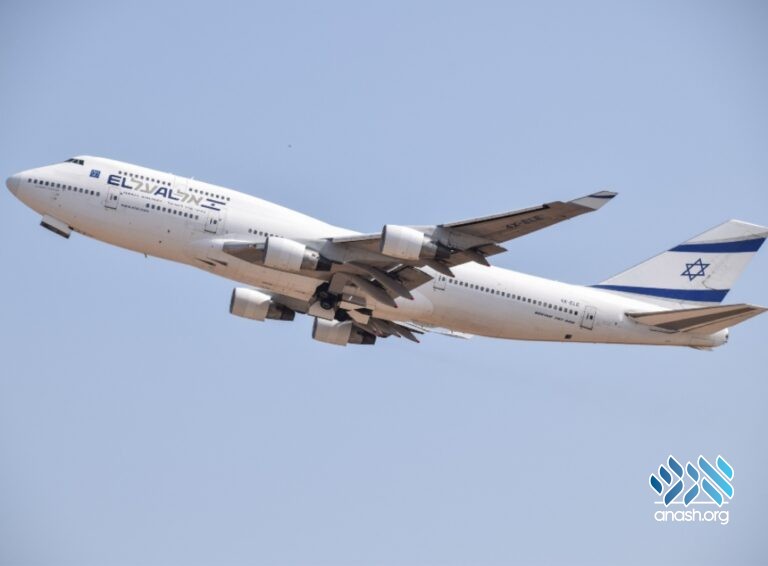 Prayers in the Skies: El Al airlines will experiment with organized minyonim on flights to and from Eretz Yisroel, with set times and locations, and assistance by the crew.

In what could be a historic development, El Al is going to experiment with organized tefilah services on flights to and from Israel.

As reported in Globes, the airline has informed staff that it will conduct a trial of organized minyanim in the galley at the back of planes. The times of tefilos will be announced before the flight.

According to the report, Shacharis will take place if possible exactly at vasikin time. The letter sent by the company to cabin staff emphasized the importance of the timing and instructed matters in the kitchen to be arranged so that davening can take place at precise times.

The formally organized minyanim are designed to replace what has been an ongoing custom for many decades–informal gatherings of men, which can be disruptive, inconvenient, and prevent crew and passengers from moving around freely.

El Al says that the minyanim will not be allowed to spill over into aisles and disturb passengers seated at the back of the plane. In addition, men will be required to wear masks.

However, if weather conditions become threatening during davening times, passengers will be asked to return to their seats.