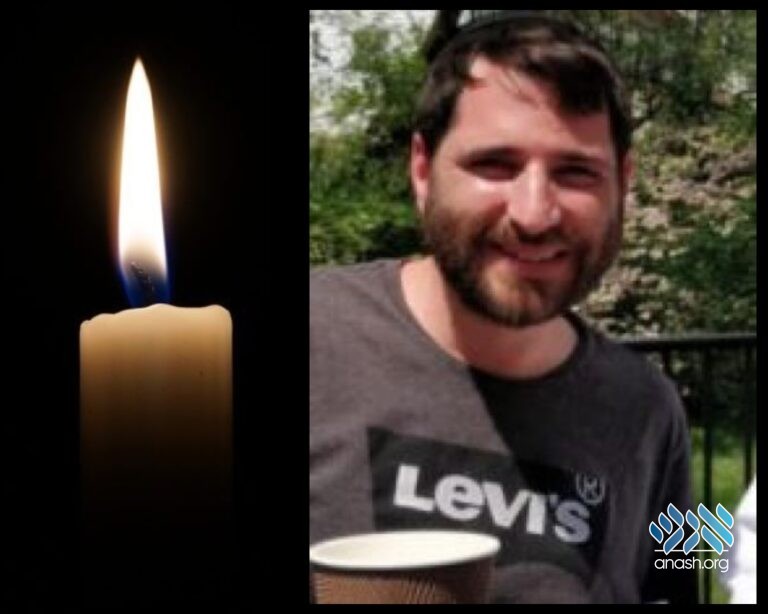 Efraim Gordon, a Lubavitcher from Israel who was visiting Baltimore for a family simcha, was shot and killed late Sunday night.

Efraim Gordon, a Lubavitcher from Israel was murdered as he was walking into his relatives’ home in the heart of the Baltimore Jewish community, late Sunday night.

Police say they received a call at approximately 1:00AM (Monday morning), for reports of a person shot on the 3700 block of Fords Lane.

On scene, officers found a man suffering from a gunshot wound.

Three juveniles had been reported walking up Fords Lane when Gordon’s car approached the driveway. Using this as a crime of opportunity, he was shot and the perpetrators fled.

He was rushed by EMS to an area hospital where he was pronounced dead.

The victim had arrived from Israel for a family wedding which was held on Lag B’Omer. He was visiting the home of family when he was shot. He was reportedly shot while walking into their home.

Levaya details will be published when they become available.

Misaskim of Baltimore was on the scene and working to ensure proper Kavod HaMes. Baltimore Shomrim were assisting police with gathering camera footage.

He is survived by his parents Boruch and Olga Gordon from Yerushlayim, and his sister Ella.

Last night there was a murder on Fords Lane. A 31 year old Orthodox Jewish man who was visiting his family was killed while walking into their house around 1:30 AM. May his Neshama have an Aliyah and his family be comforted.

We are constantly on a unified front working to fight for the safety of the community. It has been, and continues to be, both our top priorities from day one in office. The community has now suffered the ultimate loss from the horrific violence plaguing this City. Our efforts to ensure the safety of our constituents will not only continue, but will increase.

The murderer must be apprehended and prosecuted. Justice must be served. And we must never wake up to anything like this again.

A fund has been set up to cover the cost of Efraim’s funeral. Click here to participate.