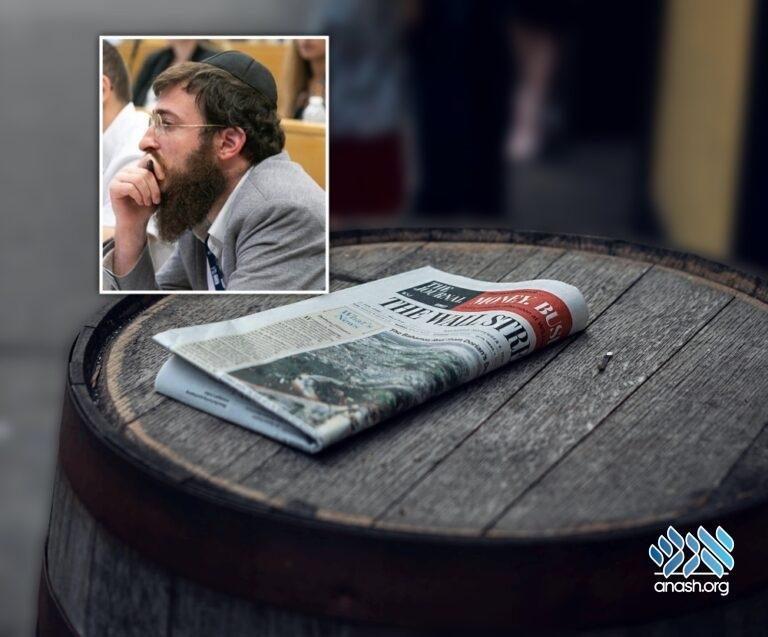 A full throated defense of yeshivos was recently printed in the op-ed section of the Wall Street Journal, arguing that the current attacks on yeshivos are a echoing decades of persecution and trumped up charges.

A full throated defense of yeshivos, authored by Dovid Margolin, was recently printed in the op-ed section of the Wall Street Journal, arguing that the current attacks on yeshivos are a echoing decades of persecution and trumped up charges.

The New York State Education Department (NYSED) has once again proposed regulations with which it intends to dictate what must be taught in yeshivas and who can teach it. These have been tailored to only apply to yeshivas in New York, leaving other private and even religious schools untouched.

Jews, frum Jews in particular, are under attack—again.

Lubavitchers are intimately familiar with the dark history of a government being incited by fellow Jews to impose a foreign way of life on us, especially our children, sometimes under the guise of reasonableness. Today, there still are men and women living in our community who survived compulsory education laws in the Soviet Union and lost their parents and close relatives to the gulags or even by execution for their insistence on giving their children a frum, Chassidishe education. Lubavitchers also know that the war against chinuch in the Soviet Union was launched and led by fellow Jews who made up the Yevsektzia, the Jewish branch of the Communist Party.

Before Rosh Hashanah, an opinion piece written by Dovid Margolin in the Wall Street Journal made this same point, explaining that though all religion was attacked in the Soviet Union, it was the militant Jewish members of the Yevsektzia who were most zealous in destroying the Jewish way of life. “In an effort to win Jewish hearts and minds, in January 1921 the Yevsektzia organized a particularly grotesque episode called the Trial of the Cheder.”:

“Held in Vitebsk, the six-day show trial was similar to the medieval disputations with which Jews had contended for centuries. ‘Experts’ on education and hygiene testified that the cheder was backward and dirty. The spectacle quickly devolved into a blatant attack on Judaism.

“Despite a valiant defense by Vitebsk’s Jewish community, the verdict was a foregone conclusion. Every cheder in Vitebsk was ordered to close. In the early 1920s, more than 1,000 cheders were closed in the U.S.S.R.”

Margolin writes that his grandfather attended a cheder in Ukraine before it was forcibly closed by the government with the assistance of the Yevsektzia.

“I barely got past alef beis … and it was closed,” his grandfather told him shortly before he passed away at 100. “Some teachers were arrested or shot, others scared away. Before long it was all gone.”

Though his grandfather held firm to yiddishkeit, many others were unable. Of course, this was the Yevsektzia’s goal. “The Yevsektzia targeted Jewish parents’ rights to give their children a religious education because they knew it was vital to sustaining Jewish tradition. Rabbi Yosef Y. Schneersohn, the sixth Lubavitcher rebbe, charged his followers to do everything they could for the cause of Jewish education in the U.S.S.R., even sacrifice their lives if necessary. For his activism he was arrested in 1927 and sentenced to death. He was later expelled from the country instead.”

The Frierdiker Rebbe created an army of Chassidim who fought tooth and nail for chinuch in the Soviet Union and did not relent even when he arrived in America.

“Today New York’s yeshivas face a challenge with echoes of ancient persecution. As of 2018, 110,000 students were enrolled in Orthodox yeshivas in New York City, an increase of 46.3% in the past two decades. Many parents, including my wife and me, are opting for yeshiva education.

“But some in New York—such as the Young Advocates for Fair Education, or Yaffed, a fringe group of mostly former Orthodox Jews who bill themselves as yeshiva-reform advocates—wish to place the city’s Jewish schools on trial. They accuse yeshivas of concentrating too much on Jewish teachings and neglecting secular education.”

Though Yaffed (the “Yaffedtzia”?) started small, according to the most recent publicly available 990 filings its budget is around $1 million. Of course, not a penny raised by these anti-Orthodox extremists has been invested in creating curricula or working to improve education in yeshivas. Instead, they’ve been singularly focused on the goal of imposing their will on parents of yeshiva students. For example, during the mayoral primaries a Yaffed-affiliated group spent $40,000 in just one day on robocalls besmirching yeshivas and candidates who expressed support for them, including now-Mayor Eric Adams. Though they would never dream of denigrating or attacking any other minority group, they have no problem targeting frum Jews, and in doing so have successfully brought members of the political and media elite on board.

The Wall Street Journal article explains that in issuing her first proposed guidelines, New York’s then-Education Commissioner MaryEllen Elia clearly “warned that children attending yeshivas that don’t comply with these new directions could be found truant—which might lead Child Protective Services to remove them from their homes.”

The Jewish people have shed blood, sweat, and tears to preserve our way of life and our children’s chinuch at all costs. No one understands this story better than Lubavitcher Chassidim, who, against all odds, survived the Soviet war on Jewish education and replanted their roots on these blessed shores.

Upon arrival on these shores, the Frierdiker Rebbe declared that “America is no different,” and that we must continue to fight for Yiddishkeit with the same vigilance as in the Soviet Union. Please make your voice heard against this unprecedented assault on New York’s yeshivas by signing this petition rejecting the interference in how you choose to educate your children, and sharing it with your friends and family.