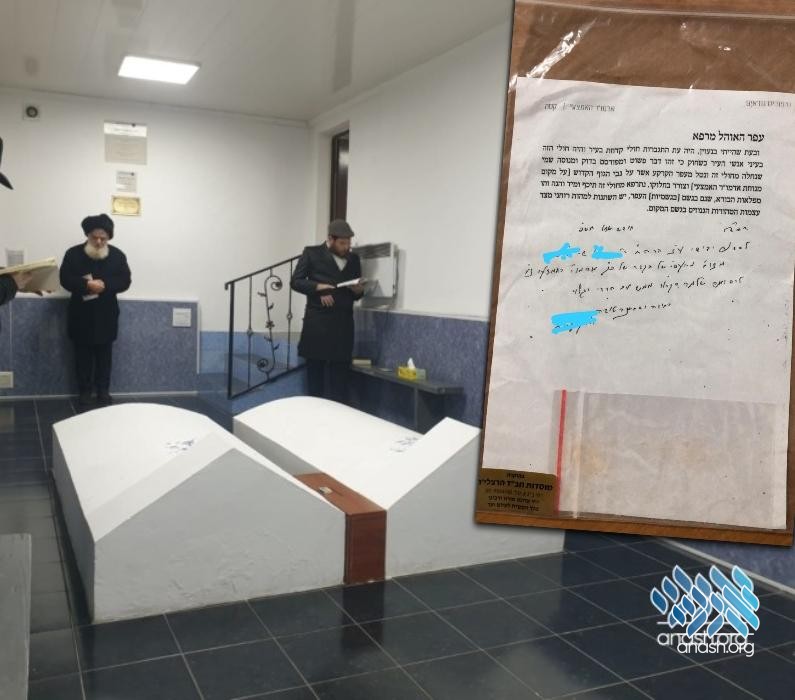 With COVID cases spiking across the globe, people everywhere are searching for a cure. One Lubavitcher in Eretz Yisroel decided to utilize a novel segulah, based on a historic record in a book of Chabad stories.

With COVID cases spiking across the globe, people everywhere are searching for a cure. One Lubavitcher in Eretz Yisroel decided to utilize a novel segulah, based on a historic record in a book of Chabad stories.

The segulah utilized was recorded in the sefer Sippurim Nora’im, written by Reb Yaakov Kadaner, a chossid of the Mitteler Rebbe and Tzemach Tzedek. The book is considered one of the most reliable sources for stories of the early Chassidic masters, and the Frierdiker Rebbe even instructed the Rebbe to read it in the period before his chassuna.

In the book, the author records a miracle he had seen with his own eyes. He writes that he was in the city of Nizhyn, where the Mitteler Rebbe is buried, during an outbreak of malaria.

“In Nizhyn, malaria was considered to be a joke,” he writes. “All the townspeople knew that if anyone got sick, they would take some earth from the Mitteler Rebbe’s kever and would wrap it in their garments. Anyone who did this was instantly healed.”

Reb Yaakov explained that the kedusha of the Mitteler Rebbe affected even the coarse earth where his holy body was buried, causing it to have miraculous healing powers.

Hundreds of years have passed since the story was recorded, but one Lubavitcher in Herzliya remembered about it recently, when he heard that his friend had become ill. With no vaccine or treatment for COVID-19 approved yet, he decided to utilize this ancient segulah, and sent it to his friend, with a photocopy of the abovementioned story and a letter expressing his hopes for a refuah shleima.

It is unclear, however, how the individual managed to obtain the earth, as in recent years the Mitteler Rebbe’s Ohel was renovated, and a tiled floor covers the bare earth.