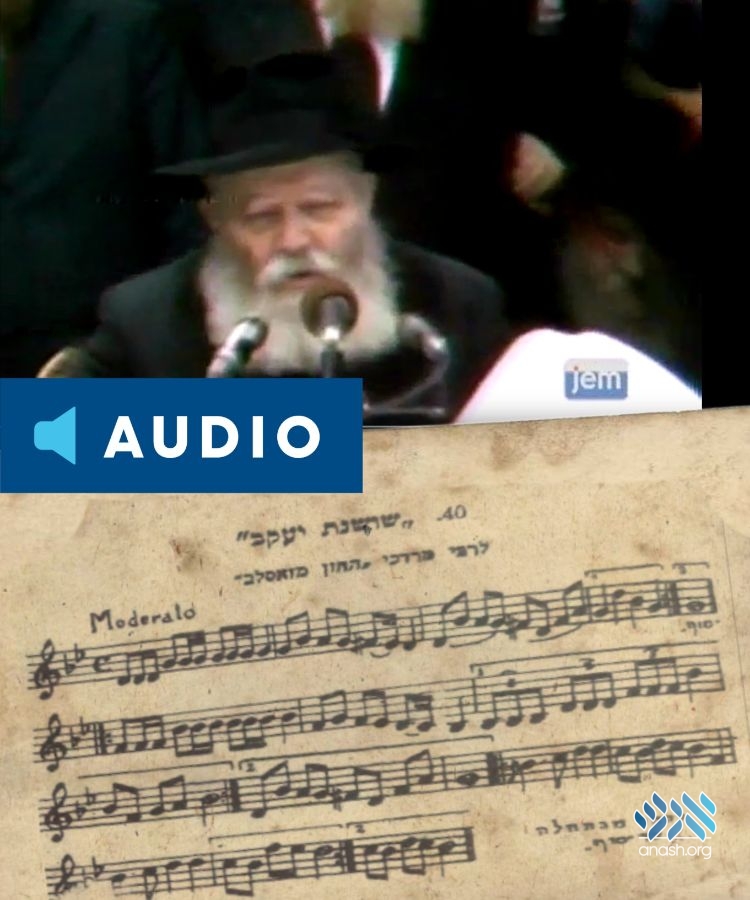 An early version of Reb Levik’s famous “Hakofos Niggun” attributed to the Baal Shem Tov’s student R’ Mordechai of Zaslov has been recorded from old notes.

Every chossid is well familiar with the famous “Hakofos Niggun” of Harav Levi Yitzchok, the Rebbe’s father. The niggun is sung by chassidim at many happy occasions, and of course at hakafos.

The niggun as we have it in Sefer Hanigunim was recorded by R’ Pinyeh Althoiz as he heard from Reb Levik. The Rebbe’s father shared a tradition that this niggun was sung at the Alter Rebbe’s hakafos.

The niggun, recorded by Chazan Moti Boyer, has some noticeable differences to the niggun as we know it.