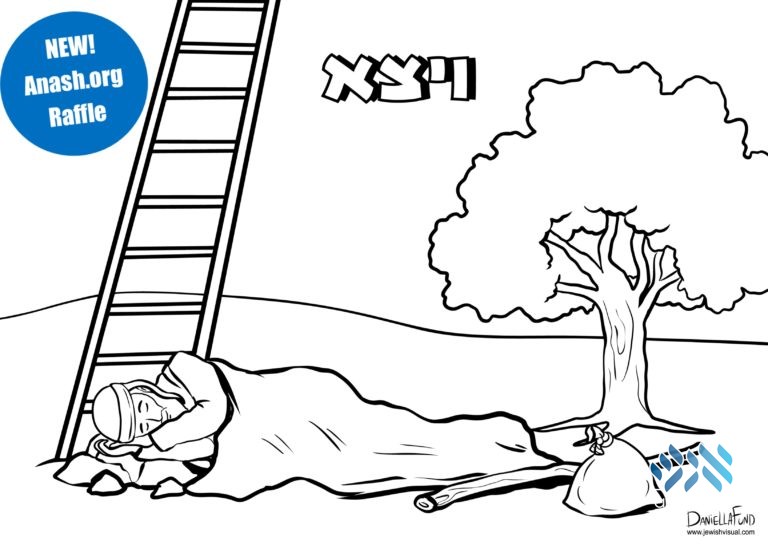 Winner of the Parshas Toldos raffle is Yudit Liberow from OYY Lubavitch Girls School of Manchester, England! Submit the answers to the review questions below and be entered into this week’s raffle to win a copy of the book! Thank you Rabbi Goldstein for sponsoring the raffle.

For a printable PDF of the Dvar Torah for Parshas Vayeitzei, click here.

Yaakov worked as Lavan’s shepherd for twenty years. Lavan made an agreement with Yaakov, that all the newborn sheep that will have spots on their skin, would go to Yaakov as his payment. So, Yaakov took branches and peeled some of the bark off, forming spots and stripes on them. Yaakov then placed these branches in front of the sheep while they grazed. This caused the newborn sheep to have those same patterns on their skin.

Interestingly enough, our Chachomim tell us that when Yaakov was done using the sticks, he threw them out.

Question – How was Yaakov able to throw out something that was used as tefillin? Wasn’t it heilik?

Answer – By matan Torah Hashem gave us a special power, that when we take something physical and use it for a mitzva, it becomes heilik. For example, when we write words of Chumash on a paper, or use wool strings to make tzitzis, the paper and wool become heilik!

The Avos who lived before matan Torah didn’t have this special power, and the physical world was not transformed.

Thus, after Yaakov used the sticks for tefillin, they remained regular sticks. They didn’t become heilik and he was able to throw them out.

Lesson – Let us use this special power that we have, and use whatever we can for a mitzva. We can take oil and use it to light a menora, or take wine and use it for kiddush. By doing so, we will elevate the entire world, making it ready for the coming of Moshiach!

Question #1 – How did Yaakov perform the Mitzva of tefillin?

Question #2 – What special power do our Mitzvos have after Matan Torah?

Submit your answers via this form by Monday 6:00 pm, to enter the weekly raffle for your own Sefer “Divrei Torah for Children”!