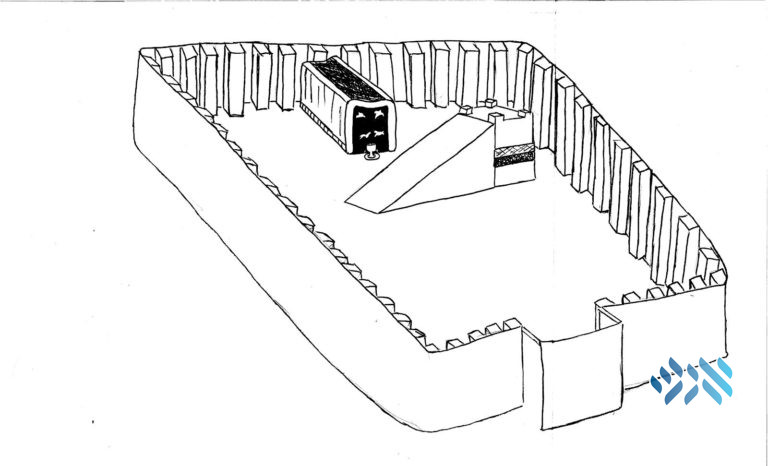 For a printable PDF of the Dvar Torah for Parshas Vayakhel-Pekudai, click here.

In the Parshiyos Teruma and Tetzave the Yidden received all the instructions of how to build the mishkan. The Yidden immediately got to work, and in the Parshiyos Vayakhel and Pikudei the Torah describes – in full detail – how the Yidden built the mishkan with all the keilim and bigdei kehuna.

Answer – Although in general the Torah uses the least words needed, the building of the mishkan was different. We see in the Torah that when something is dear to Hashem, He repeats it even at great length.

The mishkan was very dear to Hashem for two reasons:

1) It would be the place where Hashem would rest His Shechina upon the Yidden.

2) The mishkan was a sign that Hashem forgave the Yidden for the sin of the golden calf.

Even though the Yidden did the most terrible sin, Hashem wanted the Yidden to be forgiven so He could once again rest amongst the Yidden. This sign of love was so dear to Hashem that He repeats it in the Torah twice!

Lesson – The sin of the golden calf was a sin of avoda zara. Yet, Hashem was ready to forgive the Yidden and rested amongst them. We learn from here that even if someone hurt us, we should not keep a grudge, but rather be ready to forgive them with our full heart!

After many months of work, the Yidden completed building the mishkan. Rashi tells us that Moshe Rabeinu instructed the Yidden how to build the mishkan, but he wasn’t actually involved in the building of the mishkan.

We learn from here an important lesson:

We each have a mission in this world to make ourselves and the world around us into a “mishkan” for Hashem – a place where Hashem’s Shechina can be revealed.

Although all Yidden have a part in this mission, it is mainly accomplished by those who are involved in worldly matters, like business people. When they take the things they work with and use them for kedusha, they make the world a mishkan for Hashem.

Just like Moshe, the Talmidei Chachomim and Yeshiva students have a very important role in this mishkan. When they share with the business people what they learned in Yeshiva, they help the business people in their mission, ensuring that it’s completed in the best way possible, befitting Hashem’s home!

Lesson – When we come home from Yeshiva, we should always share something that we learned that day. At the Shabbos table we can share a dvar Torah. During the week we can review Chumash with our father. These words of Torah bring success to the businessmen, both in their material business, as well as in their mission to make this world a place where Hashem’s Shechina will be revealed.