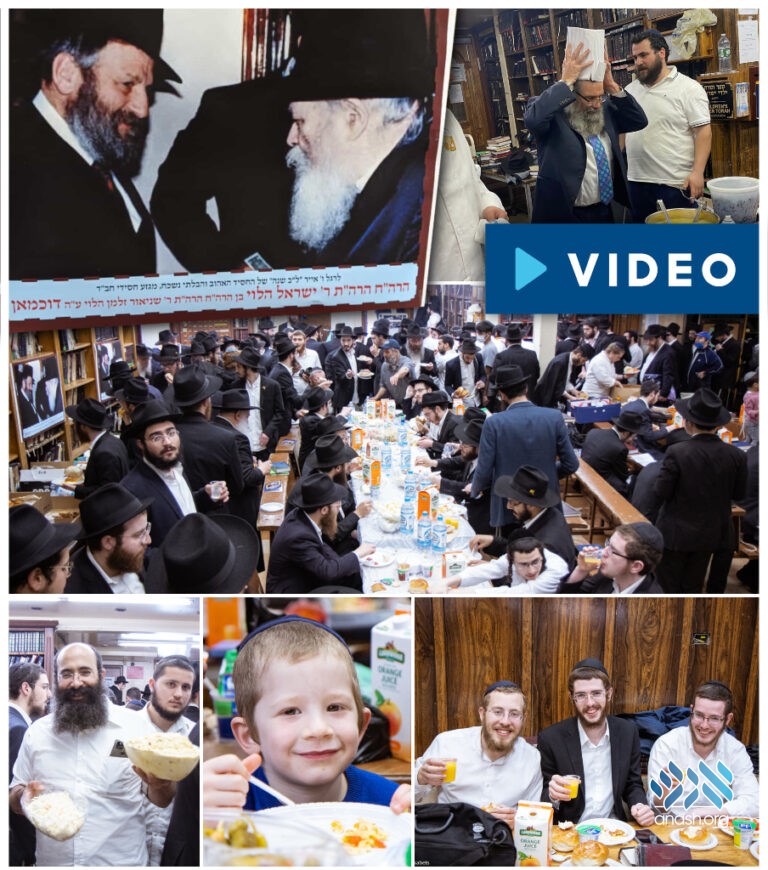 The gregarious Duchman personality was on full display on Sunday when a full catered spread was set out in 770 to mark the 32nd yahrzeit of their father and grandfather R’ Yisroel Duchman.

The 32nd yahrzeit of R’ Yisroel Duchman was marked on Sunday in 770 Eastern Parkway, with a fully catered and lavish breakfast serving as the customary “kibbud.”

R’ Yisroel Duchman was a unique chossid, who enjoyed a special relationship with the Rebbe. He was well known for his love of fellow chassidim, and always looking out for a way to help another person.

A highlight of Tishrei with the Rebbe each year was when R’ Yisroel served as chazzan on Simchas Torah, bringing a special Simchas Torah spirit like only he could.

To mark his 32nd yahrzeit, his family invited all those who were in 770, including hundreds of mispalelim and many more bochurim, to join in a catered breakfast. Waiters served fresh omelets and yogurts, pastries and salads abounded on the packed tables.

The breakfast quickly turned into a chassidishe farbrengen, where family and friends related their memories of the unforgettable R’ Yisroel.