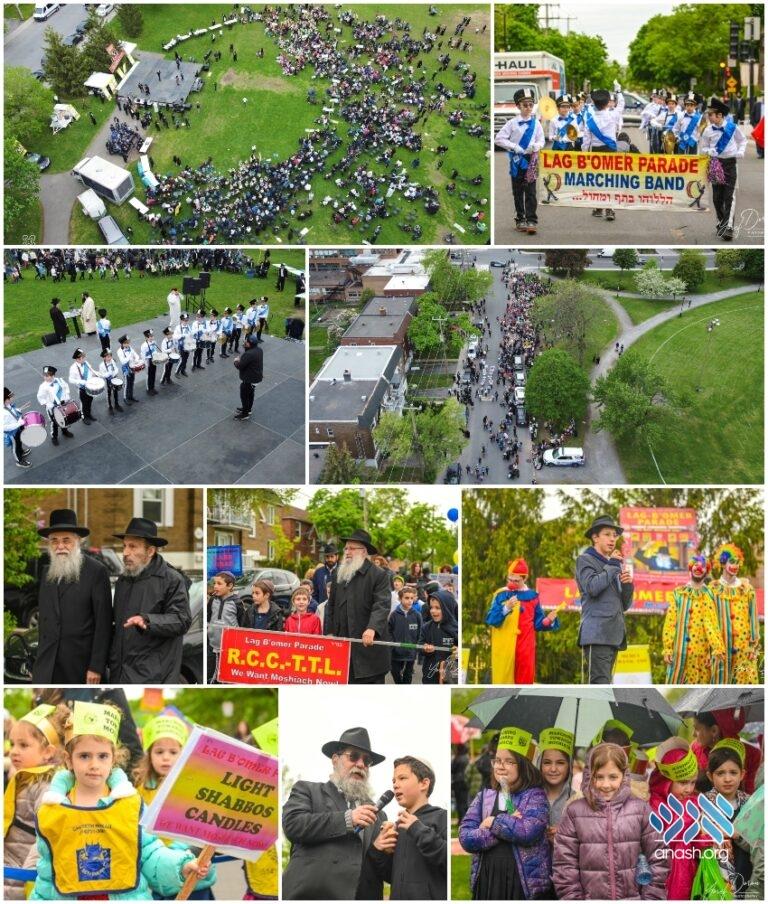 Over 1,800 kids showed up from 18 Jewish schools in Montréal for a grand Lag B’omer parade and carnival. Drone photographer Mendel Treitel captured beautiful shots of the celebration.

This year, over 1,800 kids showed up from 18 Jewish schools in Montréal for the event that began in front of Van Horne park, in a display of Jewish unity and pride, as instructed by the Rebbe. At the park, young students recited the 12 Pesukim.

The parade then began, with 10 car floats and a creative float prepared by bochurim of the Yeshiva Zal and Mesivta and girls from Beth Rivkah.

Children marching held signs in both English and French calling to “Learn Torah” and “Love your fellow Jew” as they walked down Westbury avenue to Mackenzie Park for a fascinating concert, circus shows, and raffles.

Chabad activist Rabbi Dovid Cohen, who organized the parade, was the MC and greeted participants to the festival honoring Rebbi Shimon bar Yochai’s yahrzeit. He thanked the Head Shliach Rabbi Berel Mochkin for his leadership.

Thanks were also given to Rabbi Yakov and Claudia Timsit, Rabbi Moshe Cohen, Rabbi Nochum Grunwald, and Rabbi Mordechai Amzalag who helped coordinate the event with the help of the Yeshiva Zal and Mesivta and Chaya Mushka Seminary.