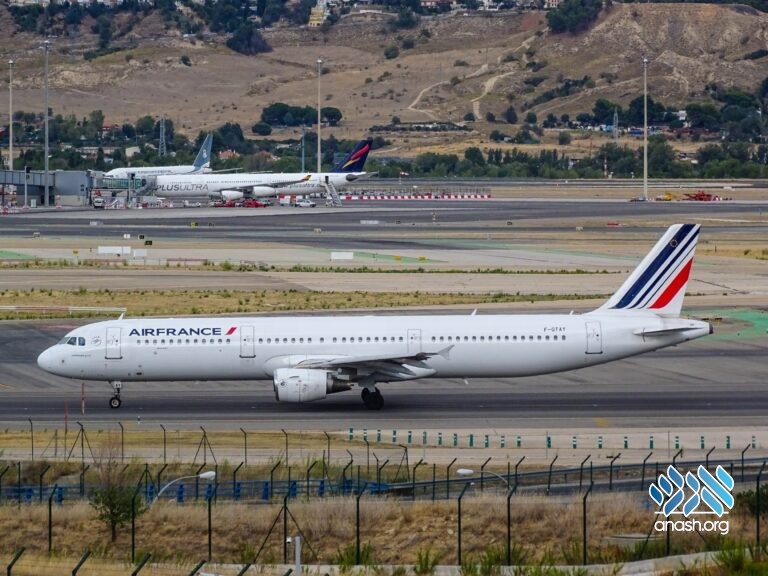 Michelle, miraculously succeeded in boarding a plane as her furious Muslim searched for her at the airport, scouring the El Al boarding area in an effort to stop her. In honor of the new year, she has begun keeping Shabbos.

A young Jewish woman who just last year escaped France – and a dangerous relationship with a Muslim –with the help of Yad L’Achim’s Paris branch, has begun keeping Shabbos.

The woman, Michelle, miraculously succeeded in boarding a plane as the furious Muslim searched for her at the airport, scouring the El Al boarding area in an effort to stop her. Yad L’Achim’s people, realizing this was likely to happen, had put her on a plane to another European country from where she continued on to Israel.

On her arrival at Ben Gurion Airport, Michelle was welcomed by staffers who brought her to a furnished apartment that had been rented for her in a neighborhood comprised largely of French immigrants.

The organization followed up with monthly financial assistance and help in finding a job in a jewelry store owned by a Jew from France. In addition, it assigned a French-speaking social worker to help her in her return to the Jewish people.

Michelle, who had been raised in a traditional home, was happy at the chance to begin keeping mitzvos. Shabbos, however, was another matter.

“Organizing everything ahead of time, and disconnecting from the technology I was so used to, make it difficult for me to keep Shabbos,” she cried to her social worker.

The turning point came at a Shabbos retreat organized for the heroic women it is rehabilitating. At one of the classes, Rabbanit Yona Nusbacher spoke movingly about the great reward for keeping Shabbos – even for taking a single step towards observance, like not putting on lights.

Afterward, a survivor spoke of how difficult it had been for her to start keeping Shabbos and how today she understands that Shabbos is the greatest gift that a person can receive.

The speech fell on receptive ears, like water on a parched soul. Michelle decided to give it a try. The following Shabbos she accepted upon herself one small detail, but within a month was fully observant.

As part of the process, the organization arranged for her to be hosted for Shabbos meals by religious families in her neighborhood.

In a moving letter to her parents, Michelle wrote: “Today I understand that only on Shabbos am I truly free. No one is searching for me on my cell phone and I am truly independent. I view preparations for Shabbos as an experience, as preparation for a piece of freedom and calm that is worth everything. Today, I feel like a complete Jew.”