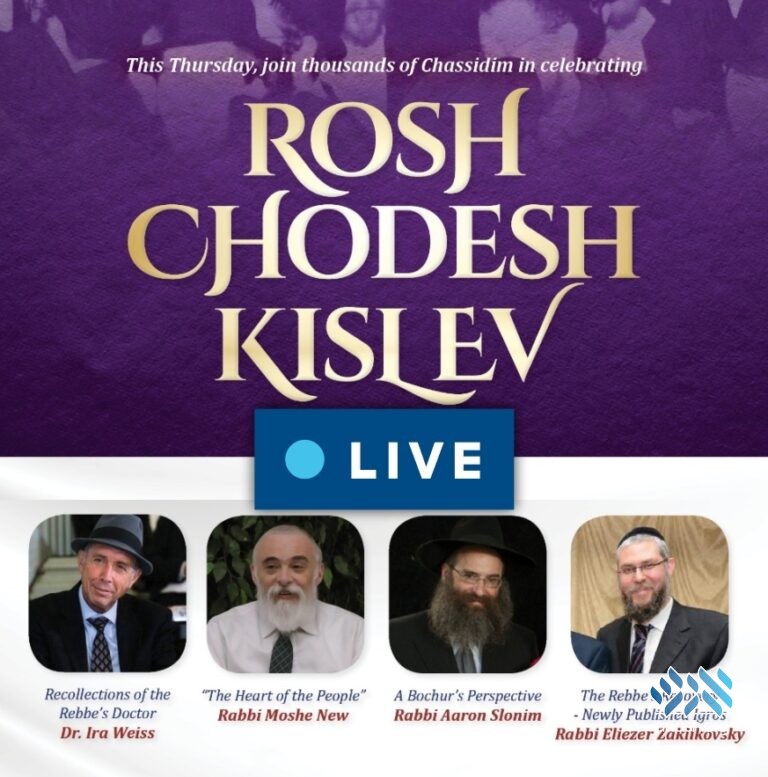 Join Live Now: Dr. Ira Weiss, who merited to serve as the Rebbe’s personal physician following his heart attack in 5738, will share personal recollections of the Rebbe and Rebbetzin in a virtual farbrengen on Thursday night celebrating Rosh Chodesh Kislev.

This Thursday, join thousands of Chasidim in celebrating the festive day of Rosh Chodesh Kislev, the day the Rebbe returned home following a massive heart attack in 5738.

This farbrengen, taking place live on Zoom, will include unique recollections by Dr. Ira Weiss, personal doctor to the Rebbe and the Rebbetzin. On Shmini Atzeres 5738, upon hearing of the Rebbe’s illness, Dr Weiss dropped everything and came to be at the Rebbe’s side. For over a decade following that, he was in constant contact with the Rebbe and Rebbetzin, and merited a unique and close relationship with them.

Additionally, this farbrengen will celebrate the newly-published volume of Igros Kodesh which includes the Rebbe’s letters written in 5738. Rabbi Eliezer Zaklikovsky, one of the editors of the new sefer, will discuss some of the fascinating correspondences the Rebbe held during his recovery.

Join the farbrengen at OrVechom.com/zoom.