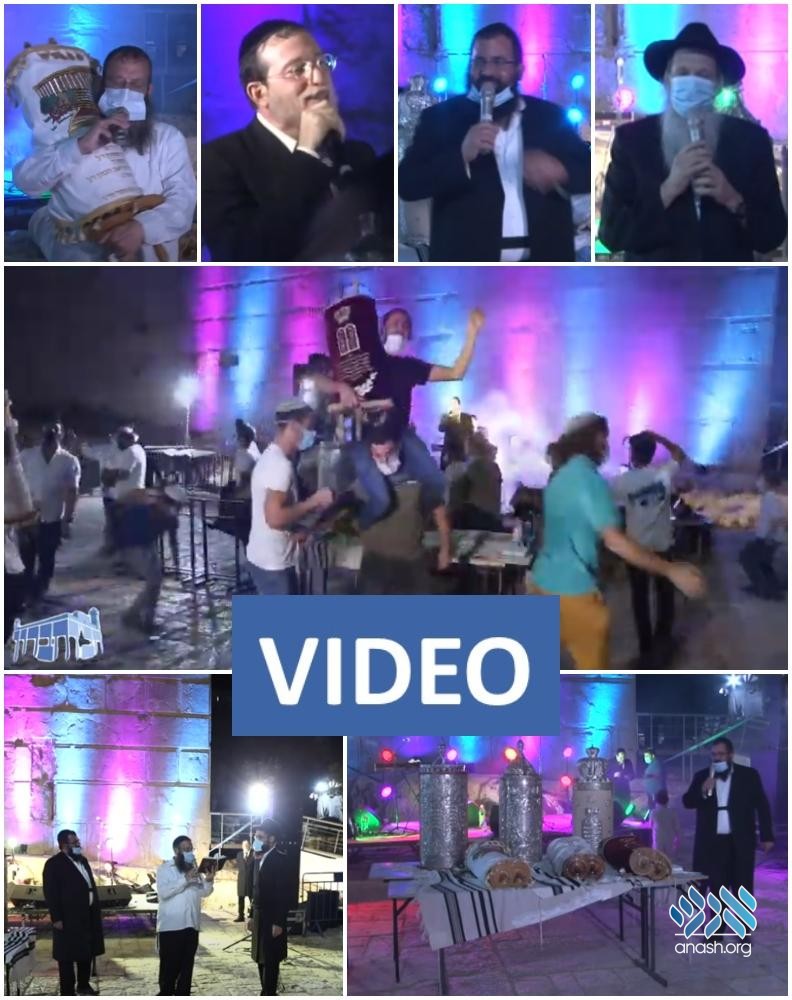 The traditional Hakafos Shnios in Chevron usually attracts thousands of participants and takes over the entire Me’oras Hamachpela. This year, the downsized celebration took place outside, but was broadcast across the world.

The annual Hakafos Shnios in Chevron usually attracts thousands of visitors. This year, due to the coronavirus, the number of participants was far less, but the rejoicing was not diminished.

Hakafos Shnios is an annual custom in many communities in Eretz Yisroel. Following the combined Yom Tov of Shmini Atzeres and Simchas Torah, Yidden gather in shuls and do hakafos again, but this time with live music, as it is Motzei Yom Tov for them.

In Chevron, the annual ‘second hakafos’ are a sight to behold. Thousands travel from all around Eretz Yisroel, and the huge crowd dances for hours on end, taking over the entire Me’oras Hamachpela, including the large area unfortunately known as the ‘Muslim side’.

The tradition, which was begun by Chabad Chevron, continues to be hosted by them every year. Lubavitcher singer Mendy Jerufi leads the crowd in Chabad niggunim and classic songs for seven hakafos.

This year, with Eretz Yisroel under a lockdown, organizers knew that the regular huge event wouldn’t be able to take place. Nevertheless, they did not give up on the celebration. The shluchim invited Jerufi, and publicized that the event would take place.

While only Chevron residents could join the actual event, it was broadcast on Facebook and YouTube, and thousands joined virtually.

The hakafos took place outside Me’oras Hamachpela, and shluchim and dignitaries were honored with hakafos, followed by lively socially distanced dancing.