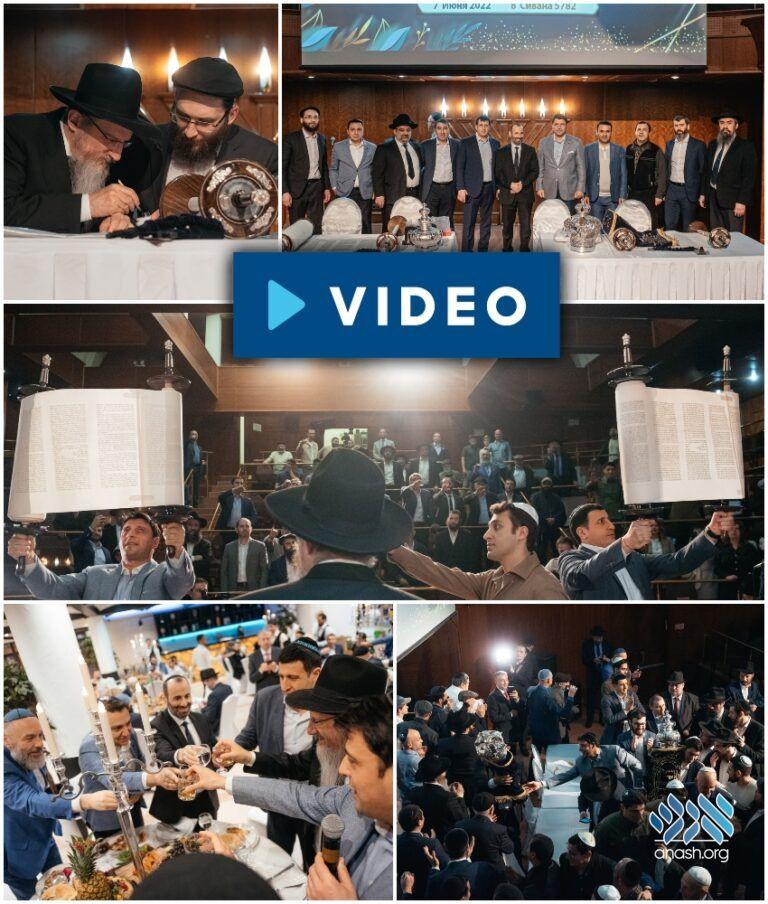 On Isru Chag of Shavuos, two beautiful Sifrei Torah were welcomed together into the Aron Hakodesh of the Marina Roscha shul in the center of Moscow, donated in honor of Chief Rabbi Berel Lazar.

On Isru Chag of Shavuos, Russia’s capital city experienced an emotional ceremony honoring the Torah and those who study and observe its laws. Two beautiful, mehudar Torah scrolls were welcomed together into the Aron Hakodesh of the Marina Roscha shul in the center of Moscow, amidst great celebration.

The emotional event was attended by many guests, most notably, renowned philanthropist Mr. German Zecharyaev, a staunch supporter of Torah and mitzvot throughout the country, who donated the Torah scrolls. He was joined by his family members, as well as many friends, and shul members.

The special gift was presented to Russia’s Chief Rabbi Berel Lazar in appreciation for his tireless efforts on behalf of Russia’s thousands of Jews, building shuls, educational institutions, and supporting Torah learning and Chesed all over the country with the help of the shluchim and rabbis in each city, causing a tremendous Kiddush Hashem.

As the last letters were written in both Torah scrolls, and the beautiful crowns were placed upon each of them by the Chief Rabbi, the crowd joyfully danced with the Torahs to the Shul’s main sanctuary.

The guests were then invited to a lavish Seudas Mitzva, which was emceed by the Director of Moscow’s Jewish Community Rabbi Mordechai Weisberg. A special certificate of appreciation was presented to the generous benefactor, and it was noted that the first scroll’s writing began with the start of Covid, and the second scroll was begun at the Bar Mitzva of the benefactor’s son.

Speeches and Divrei Torah were followed by a long chassidishe farbrengen.