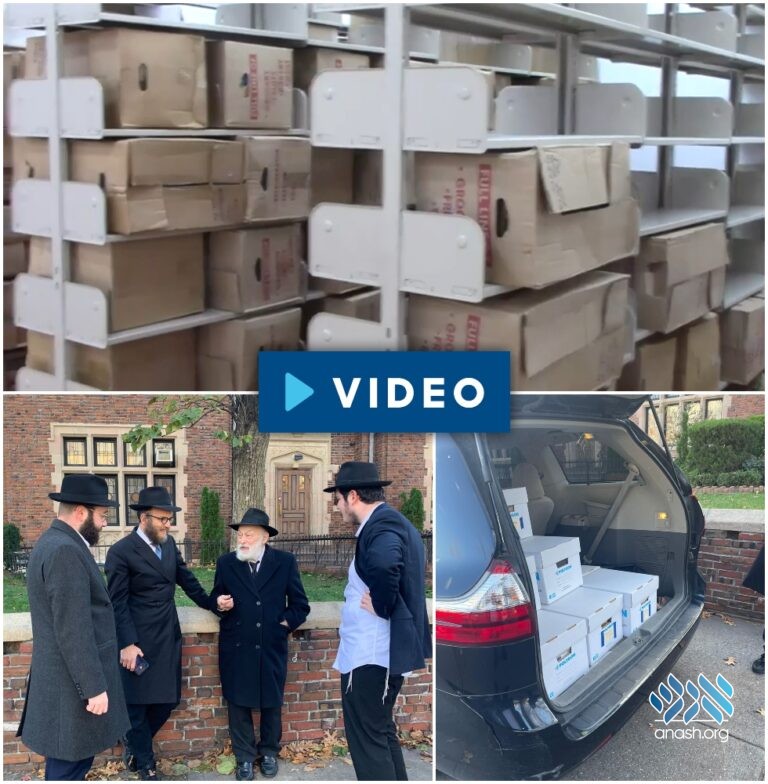 In recent weeks, a double-headed operation was quietly taking place in the Central Chabad Library near 770: A frantic race to save thousands of books damaged in Hurricane Ida, as well as the final steps in adding new wings to store more books.

In recent weeks, the Central Chabad Library has seen a double-headed operation to restore books damaged in Hurricane Ida, as well as to finish the first stage of the library’s expansion.

The library is home to hundreds of thousands of books, as well as priceless manuscripts and artifacts from the 7 Chabad Rebbes, and other Chassidic masters, Halachic authorities, mekubolim, and others. With thousands of additional books arriving every year, the library outgrew its location at 766 Eastern Parkway a number of years ago, forcing them to store new books in boxes.

In 5774, the library purchased the neighboring home, which had belonged to R’ Meir and Sima Itkin a”h, in order to expand. In 5781, renovations finally began to make the house ready to store tens of thousands of books.

As the first stage of the renovations came to an end, a new challenge was presented to the library: Hurricane Ida. When the storm swept through the Tri-State area, flooding countless homes and businesses, the lower level of the library was flooded as well. Over 5,000 books were damaged by the flood, and a solution was needed immediately to save and restore the volumes.

The library staff, headed by Chief Librarians Rabbi Berel Levine and Rabbi Yitzchok Wilhelm, immediately began looking, and found a company that specializes in restoring water-damaged books by freezing them.

After the company restored the books, they were returned to the library this week, where they were welcomed by the librarians and Rabbi Yehuda Krinsky, the Rebbe’s mazkir and chairman of Merkos L’inyonei Chinuch.

Just two days later, the new wings of the Rebbe’s library was completed, and boxes of books were being moved in, marking the successful completion of a double-headed operation.

VIDEO: The New Wings of the Rebbe’s Library