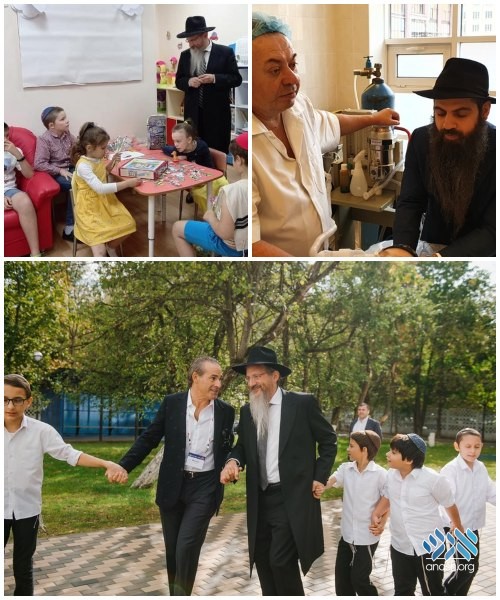 In honor of the new year, Chief Rabbi of Russia Berel Lazar visited the children of the Moscow orphanage he founded and celebrated the Bris Milah of two of its children.

With the opening of the new school year, the Beit Chaya orphanage in Moscow held a number of exciting events in proper preparation for Rosh Hashanah and the Tishrei holidays.

Chief Rabbi Berel Lazar who founded this special institution, came to greet the orphaned children in honor of the new year, and after handing out treats to the children, toured the building’s foyers accompanied by the director of the institution Rabbi Menachem Gul, who showed the growth and development and various new wings that had opened in the past year.

On the same day two boys of the orphanage had their Bris Milah, and chose the names Meir and Yaakov as their Jewish names.