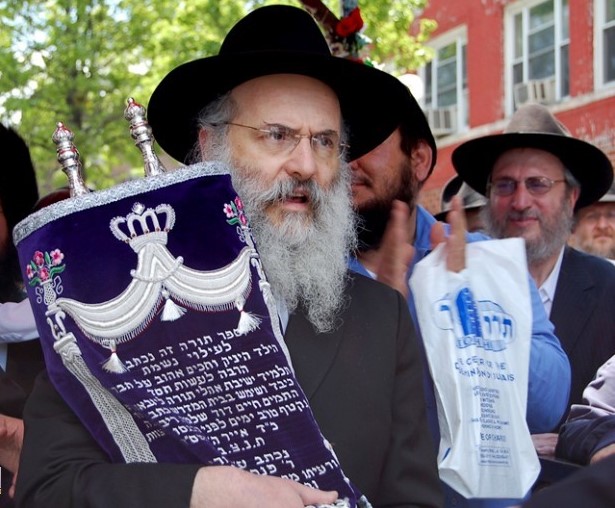 In a surprise broadcast to kolel yungeleit, Harav Yosef Heller rejected going back to the normal that preceded the pandemic, and suggested important changes for shuls, schools, and simchos.

Transcribed by a listener for Anash.org

We are holding now towards the end of a pandemic, possibly the first to have affected the entire world so drastically.

The Ran, who was also a doctor, lived in the 14th century during the Black Death plague. In his book of Drashos (derush 10), he writes that every logical person must conclude that the plague was the hand of Hashem, and not simply a natural occurrence. He explains that as a result, the Jewish nation must become refined in love and fear of Hashem and in practical observance. Physical healing, he writes, can only come after spiritual healing.

The recent pandemic brought about a spiritual awakening by every one of us. We don’t have a Navi today to tell us why it happened, and we should not, G-d forbid, point to any practices since that can have harmful effects. Yet, we must not just go back to “normal,” as if nothing happened. We must make sure to increase in light.

The three areas of Jewish life most impacted were the shuls, schools and simchos. We can all find ways to improve in these areas. I will share some personal thoughts that are relevant to the kolel yungeleit.

The Alter Rebbe famously writes that there are three things which extend the life of a person, and one of them is davening at length, not hurried. He speaks there of the medium path – neither prolonged nor short – word for word, out loud. You don’t need to look at a clock; you can tell the difference between a davening that is prolonged, one that is rushed and one that is at a medium pace.

The Alter Rebbe expresses shock (“gevald”) that they could let a chazzan rush the davening, when by doing so he is shortening their lives.

What about someone who must rush since he must be at work on time or he will risk losing his job? The Alter Rebbe advises him to miss borchu and kedusha instead of rushing the davening and hurting the lives of those in shul. Not only is he excused, says the Alter Rebbe, but the chazzan is moitzi him as if he had recited them in person! He can leave shul without guilt, since it’s precisely as if he answered kedusha.

Now, what if the entire minyan must hurry off – it’s wintertime when shacharis must begin late and they must leave to work – but one person doesn’t have to go anywhere. If he rushes with them to answer borchu and kedusha, he is performing a mitzvah through the aveira of rushing through davening. Better that he should daven at a steady pace and be stuck in middle of birchos krias shma unable to answer amen, and it will be considered for him as if he answered all the amens.

The same is true at the end of the day. Mincha must sometimes be hurried especially when it’s late, but ma’ariv you have time. Ask yourself: Why am I rushing? Do I have to go somewhere or am I just rushing because the minyan is rushing? You may not be able to control the shul’s pace since that’s up to the shul’s gabboim, but if you daven slowly it will ultimately affect the pace of the minyan.

You need to think: What is my goal here? To daven or to have davened (gedaventer)?

If you are davening as chazzan as a zechus for a parent who passed away, would it make sense to “shorten the lives of those in shul” for their sake? It is certainly a greater zechus for your parent if you pass on serving as chazzan when you are in a rush, and instead allow the minyan to daven unhurried.

The Arizal writes that the remedy for a plague is to influence another Yid to grow.

Most children can’t wait to go back to cheder. But there is a small group of children who did better over the phone at home. I saw this among some of my own grandchildren. In school, these children had trouble sitting and focusing, but now they looked forward to every lesson and grasped what was taught. Some of these children felt uncomfortable raising their hand in class, but here they were more comfortable to ask questions.

As we prepare to go back to school bez”H, we need to think of creative solutions to help these children. Perhaps the schools can allow these challenged students to learn in another setting or format (perhaps to attend some classes remotely). By working with these children, we can spare them the anxiety and frustration, which can later warrant therapy and medication.

We know from our parents and grandparents how chassunos were celebrated in previous generations: in a home with one room for the men and another room for the women. If a house was too small, it was held it in a local beis medrash.

Attendees of recent backyard weddings speak of the immense joy that they experienced there.

By us Yidden, the simcha of the wedding extends for 7 full days. In fact, in Yemenite tradition the kalla wears her white gown for the week. We could include extended family and friends in the simcha by stretching the simcha throughout the sheva brachos.

In this manner, we can spare people of agonizing pressure and all kinds of illness that result from it. Why should people spend their entire lives worrying about debt from one night’s event? That money could instead go towards important needs for their family.

The way to bring about a change is not through takanos and decrees. Instead, educators must talk to our boys and girls about the value of small and joyous bar mitzvos and chassunos.

If you want to talk about “going back to normal,” it should be to the time when simchos were celebrated in a ‘normal’ manner – meaningful and stress-free.

In the sicha of Purim 5718/1958, the Rebbe quoted the Sefer HaChinuch that there are six constant mitzvos: emuna, rejecting idolatry, unity of Hashem, love for Hashem, awe of Hashem, and not to follow our heart and eyes. These mitzvos are alluded to in the six arei miklat, cities of refuge.

The Rebbe asks: why of all things are arei miklat chosen as a hint for the six mitzvos?

The reason, the Rebbe answers, is that just as the ir miklat protected the killer from death, these six mitzvos protect a Yid from harmful things, even if he chas veshalom ‘murdered’ his soul.

The world can be a dangerous place for a Yid, trying to pull him away from awareness of Hashem. When he heads out to the street, the reshus harabim which deny the unity of Hashem, it is these six mitzvos that protect him.

We are plagued by a spiritual virus. Just as doctors warn about caution when touching the mouth and eyes, we need to watch over our mouth and eyes (including our mind’s ‘eye’). When we go outside, we might read and hear messages that reject what we believe in. Through emuna, love and awe of Hashem, we can protect ourselves from this ‘virus.’

The Navi Yeshaya quotes Hashem as saying, “Because the people approached Me with its mouth and honored Me with its lips, but has kept its heart far from Me, and its worship of Me has been a commandment of men, learned by rote—I will perplex them with perplexity upon perplexity; the wisdom of its wise will fail, and the prudence of its prudent will vanish.”

In other words, when the Yidden’s service of Hashem is a matter of habit and training, Hashem will bring about happenings that people cannot understand. The current pandemic, which doctors have admitted that they don’t understand, went against many known rules of medicine.

Even yiras Shomayim, says the Metzudos Dovid, people may apply since they were taught to. Of course, it’s good that they do that, since a person is influenced by his conduct, but it’s not enough. In order for it to endure even when you are in an unfamiliar setting, you must feel the yiras Shomayim in your heart.

How do you do that?

The Baal Shem Tov says that you are wherever your heart is. You can’t be in two different places at once. As the Rebbe said multiple times, “What difference should it make to you what’s happening in Washington?” Whether you are a melamed or a businessman, why is it important to you? If your head is in the reshus harabim, then that’s where you are.

Chinuch begins with us parents, and it’s hard to make a complete turnaround when your child reaches the age of chinuch. You need to start before then.

When we will “honor Hashem with our heart,” we will be close to Him and we will love Him. By increasing the light of Hashem in this world, we will merit the light of Moshiach soon.