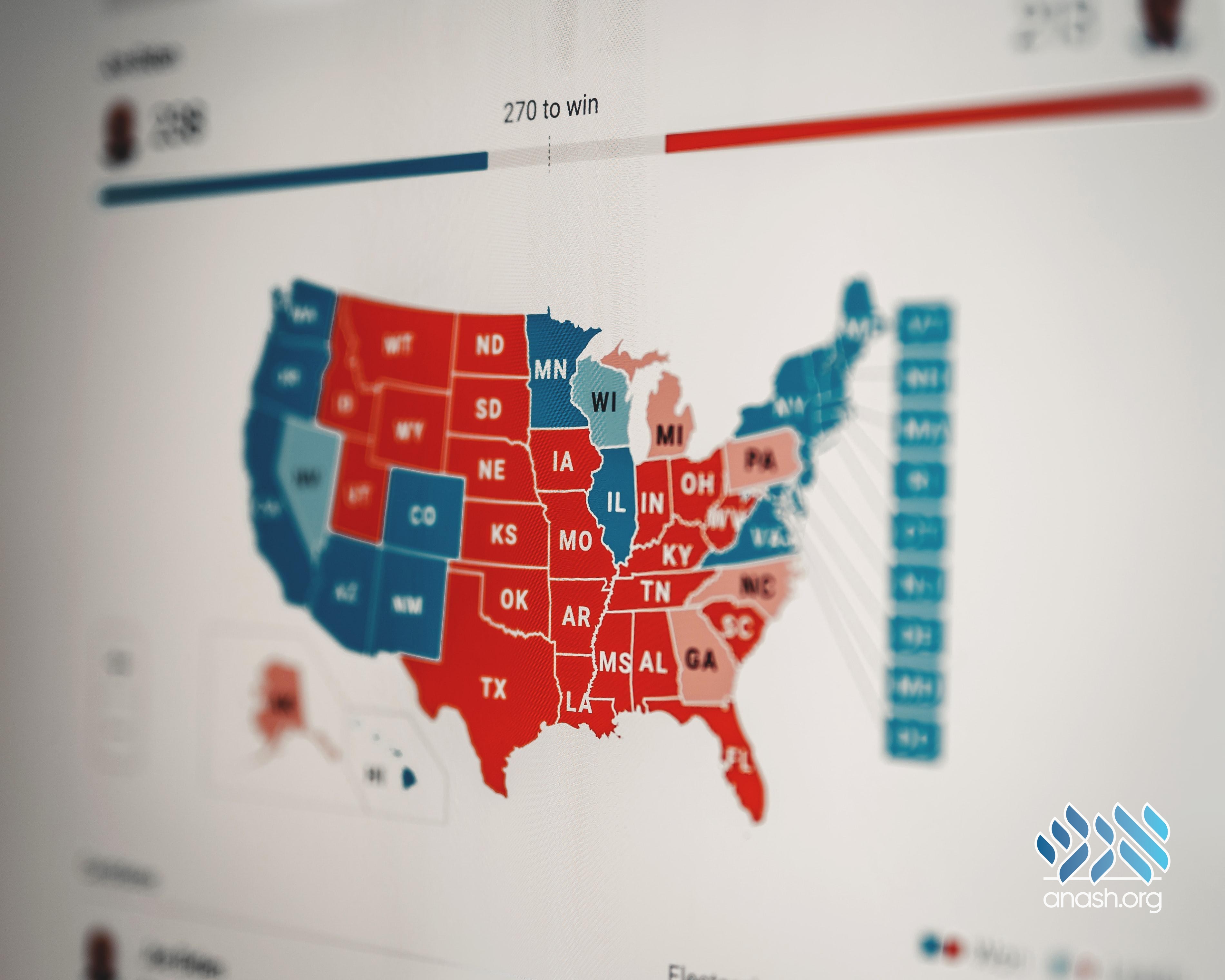 For a long time, I believed that, ashreinu! Our community will never be dominated by anger and toxicity because we have our priorities straight. Recently, however, I have become increasingly alarmed by what I see going on among my own people.

For a long time now, I have been in an interesting position. You see, I happen to live in a strongly democratic secular community, while a majority of my friends and family are conservative voters. I have been seeing two sides of a coin – every time a new issue is held up, my community declares it to be ‘heads’, while many of my friends and family immediately call ‘tails.’

In the past, there was a big difference in the way it was called by each of these groups; unfortunately, I have noticed an alarming shift of late.

For the past 4 years, my community has been plagued with anxiety, fear, anger and despair. They believe that the leader of the free world is Hitler, that he is actively killing people and putting babies in cages. They are convinced that he is capable of anything, and are horrified that half of the country still supports him in spite of the evil he perpetrates.

Of course, when I see a ten-year-old who is crying hysterically because if one candidate wins his life is threatened and his minority friend will probably be killed, I know that it’s a rachmanus. His parents have been so manipulated by the politicians and media they believe in that he is not being provided with the security and emotional safety children need in order to thrive.

For a long time, I believed that, ashreinu! Our community will never be dominated by this kind of anger, fear and toxicity because we have our priorities straight. We know that Hashem runs the world, and with Torah as our guide, we can think logically and outside of the mob. The past few weeks, however, I have become increasingly alarmed by what I see going on among my own people.

The concerns that we have, even the anger and fear, have a basis to them, I am sure of that. However, we need to wake up and realize something: the people we pity because they have been manipulated by politicians and the media? They are not, as a group, stupider than us. The ‘regular’ people, the ones on the ground, are not more corrupt, either. They are human, and humans are incredibly susceptible to persuasion.

On the right and on the left, politicians have spent billions of dollars to convince you that you are right on every issue, and the other side is wrong about EVERYTHING. They have spent MONTHS infiltrating your mind, planting ideas to evoke your fear that the ‘other side’ is out to get you and destroy your country. They have made you angry by convincing you that ‘they’ will get away with it if you don’t resist.

Politicians are politicians, no matter what side they are on. And believe it or not, each side has powerful media resources at their disposal. The illusion that one side has all the power and the other has none? Another idea you can thank your caring politicians for planting in your head.

You believe you are seeing ample evidence of all of this – you have videos, and mathematics, and pictures to back it up. But it would take no more than 60 minutes of calm, open and honest conversation with your neighbor who believes the opposite to realize that they have formed their beliefs based on evidence that they find equally compelling!

We can continue to believe that we are unquestionably right and they are undoubtedly wrong… or we can pause, take a step back, and realize that as a country, we are collectively being had.

Stop! Slow down! Think twice before you allow this toxicity to invade your lives. I have seen too often what happens when we go down this road: families torn apart, decades-long friendships put to an abrupt end, children having nightmares based on rhetoric they’ve absorbed, people making bad choices because of intense anger and fear.

Even if you aren’t concerned by the above, because your family ‘doesn’t take politics that seriously,’ there’s else something to consider. The time and energy you invest in following and discussing politics is taking you away from other pursuits. Also, every thought you entertain leads you somewhere. Where are your thoughts right now?

Are your political beliefs increasing your emunah or detracting from it? Adding to your avodah or distracting you from it? What messages are your children absorbing?

If your child has mentioned a political thought or concern recently that took you by surprise, if you’re feeling uncharacteristically anxious or tense, if you find yourself engaging in more arguments lately – these could be signs that you’re more invested in this election than you previously realized.

The Rebbe made it clear that Chabad is ‘non-political.’ This stance isn’t merely about not pushing yidden away from yiddishkeit on the basis of politics, it’s about staying true to who we are and focusing on what matters to us as chassidim. Anything that distracts us from this is kelipah.

Baruch hagever asher yivtach b’Hashem – blessed is the person who relies only on Hashem. By believing solely in Him and realizing that you can trust nothing a politician, media star or political pundit says (or tweets!), you will, indeed, be blessed.

Spare yourselves the angst and anxiety embedded in the fabric of today’s political climate. Do it for your own sanity, for the wellbeing of your children, and for the preservation of our community.