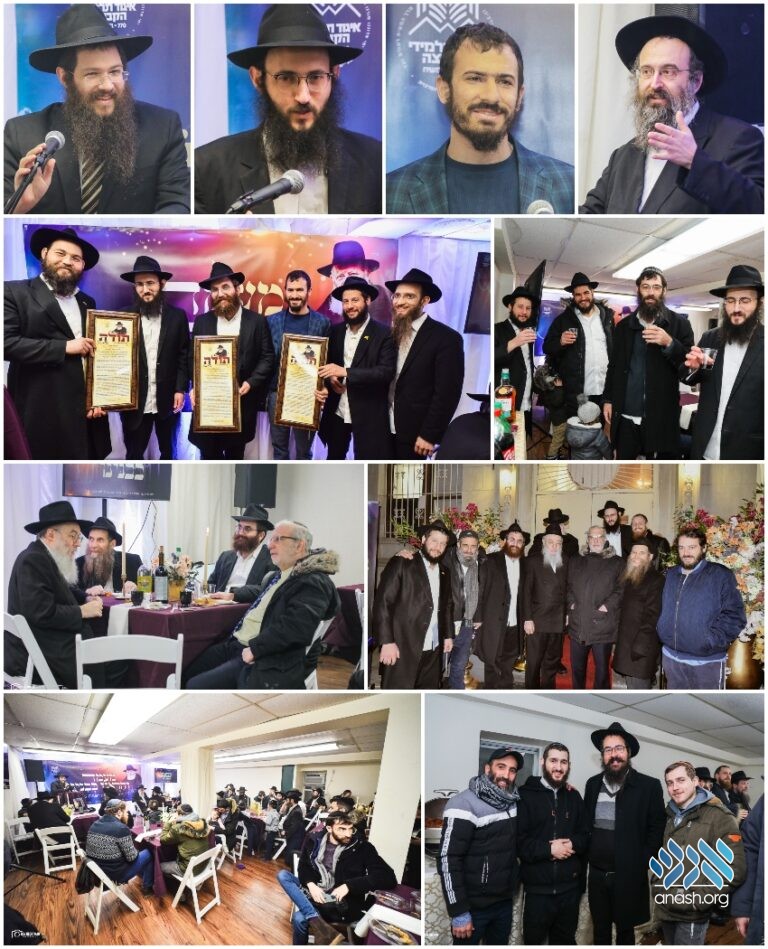 Supporters and donors of Central Tomchei Temimim gathered at the newly purchased building located at 755 Eastern Parkway, for an evening of celebration and appreciation.

Supporters and donors of Central Tomchei Temimim gathered at the newly purchased building located at 755 Eastern Parkway, for an evening of celebration and appreciation.

It all began last summer, when a group of Crown Heights activists working to purchase the current Yeshiva dormitory at 749 Eastern Parkway heard that the adjacent building was going up for sale, they immediately sprung into action.

Working in cooperation with other local mosods, Igud Talmidei Hakvutzah organization led by businessman Meir Buckchin, was able to secure the building for the benefit of Tomchei Temimim 770.

The spacious four-story building conveniently located just across the street from 770, will provide the Yeshiva with much-needed space in order to accept more Bochurim wishing to study in Tomchei Temimim 770.

Dozens of friends and supporters gathered in the newly purchased building to raise a glass of L’Chaim and celebrate the milestone.

The event was chaired by Rabbi Mendel Yusewitz, principal of Cheder Ohr Menachem, who spoke about the privilege to work with Bochurim spending a year learning near the Rebbe. He applauded all the activists who volunteer their precious time and money for the benefit of the students.

Rabbi Yosef Yeshaya Braun, member of the Crown Heights Beis Din, praised the work of the Igud for their commitment to the physical wellbeing of every bochur. Underscoring their concern on a personal level is like that of a father and mother.

At the conclusion, Rabbi Chaim Meir Zalmanov, director of Igud Talmidei Hakvutzah, presented Kabakov, Grunberg, and Bukchin with a plaque, a token of appreciation for their generosity to the 770 Yeshiva.