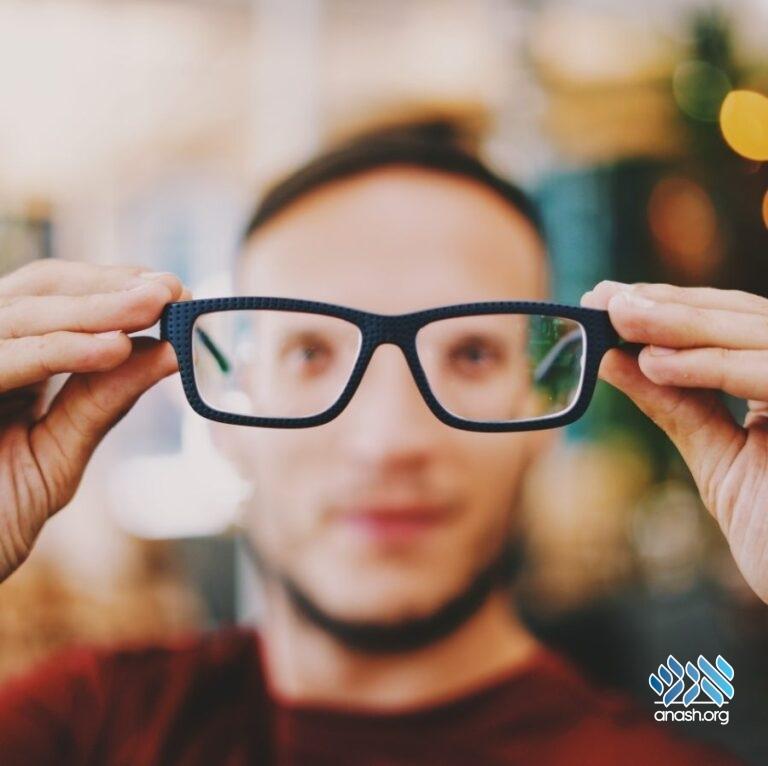 A colleague of mine once contested the opinion of a certain rabbi. When he was challenged that this person knew more Torah than he did, he replied that the Torah was tainted with foreign viewpoints.

During the early years of his leadership, the Alter Rebbe traveled to various Jewish communities to introduce the teachings of Chassidus. One of his most influential trips was to the city of Vitebsk where some of the greatest Torah giants became his chassidim.

One of these chassidim was once asked: What did the Alter Rebbe accomplish? “He gave people spectacles so that they would be able to see the Truth of G-d in the world.”[1]

Towards the end of this week’s sedra, Hashem praises Moshe Rabbeinu’s power of nevuah. “I will speak to him face to face, lucidly and not in riddles, and he perceives The Eternal’s image.”

The Imrei Emes of Ger explains: The words ut’munas Hashem yabit (and he perceives The Eternal’s image) cannot be understood according to p’shat because Hashem doesn’t have an image.Rather, these words should be interpreted: “And it’s with Hashem’s vision that he sees.” Moshe Rabbeinu saw everything through the G-dly lens. [2]

This vision wasn’t reserved for Moshe alone as is evident from the future tense “I will speak.”  Every Yid has a spark of Moshe inside of them, and it’s through this spark that we are all capable of seeing the world through Hashem’s lens.

A colleague of mine once challenged the opinion of a well-known mashpia. When he was asked how he had the audacity to disagree with someone who surely knew more Torah than he did, my friend answered, “It’s true; he studies more Torah than I do. But for every page of Torah, he also reads a page from a secular book.”

Although the Torah provides us with a clear, G-dly perspective on life and the world, it’s up to us to keep the lens clean.

Reb Dovid Patchtik was a rov and shochet in Baltimore, MD. In the winter of 5714 (1953), the Rebbe wrote him a letter [3] praising him for his holy work and encouraging him to set up shiurim in Chassidus. The Rebbe echoed a famous saying of the Previous Rebbe, “When you place a lantern on the street at night, people gather around it,” and then added the following:

“There’s no need to prove, or show evidence, that we live in the ‘dark streets’ of galus. Meaning, at a time when everyone feels entitled to share their opinion on Torah and Yiddishkeit, without discerning whether or not they truly have sufficient [Torah] knowledge or, if their knowledge is from what they read in newspapers, or, at best, an encyclopedia…Now, although a lantern must be protected by a glass, nevertheless, the glass must be transparent so that its light can permeate the streets.”

By virtue of our neshamah, the Torah, and the teachings of Chassidus, we have the unique ability to see everything through Hashem’s lens. Let’s capitalize on this by keeping the lens clean from external dirt. And, let’s shine this beautiful light as far as we can.