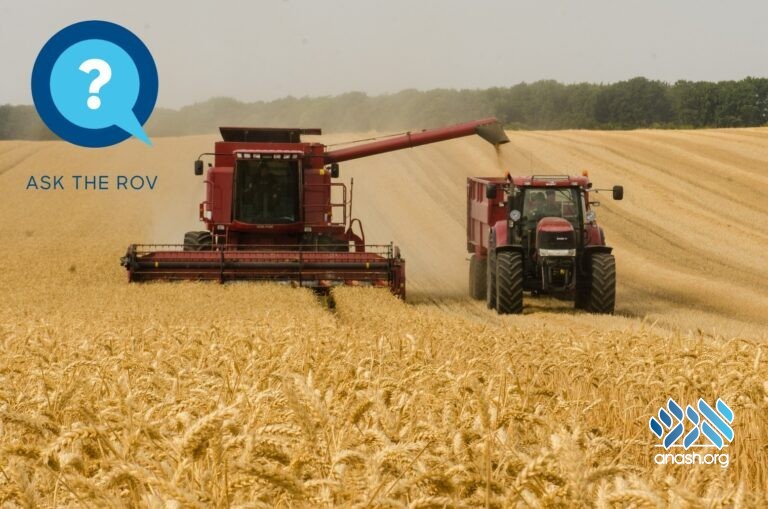 Ask the Rov: What is “Heter Mechira” for Shemita purposes and can I purchase produce that relies on this heter?

Poskim debate whether the laws of shemita have any application to gentile-owned fields. R. Moshe di Trani (Mabit) ruled that they still have the sanctity of shvi’is and must be treated accordingly. Beis Yosef argues that in the present age when shemita is rabbinic—since most Jews don’t live in Eretz Yisroel—the produce of gentiles doesn’t have sanctity.

Within the opinion of the Beis Yosef, there is debate amongst poskim whether the gentile’s ownership only prevents the produce from having sanctity, or does it totally remove the shemita restrictions, allowing a Jew to work on that property during shemita? The Beis Yosef seems to only discuss the produce, yet R. Yosef di Trani (Maharit, son of the Mabit) holds that a gentile field has no restrictions.

With the expansion of the Jewish community in Eretz Yisroel in the late 19th century, a debate ensued amongst the halachic authorities whether to allow the Jewish farmers to sell their fields to gentiles—like mechiras chometz—and thereby continue working the fields and selling the produce. The need for the heter was due to the extremely difficult state of the farmers and other residents of Eretz Yisroel.

The proponents of the mechira argued that: (a) due to the shaas hadchak, we may rely on a minority view that shemita nowadays is not obligatory; (b) we find that poskim allowed mechiras chometz due to the great need; (c) there are differing opinions regarding the shemita counting, thus creating a safek if this year is in fact the shemita year.

The opponents argued: (a) It is prohibited min HaTorah—due to lo sechanem—to sell property in Eretz Yisroel to a gentile. [The proponents counter that it is only a temporary sale, only a field and not a house, and often done indirectly.] (b) A temporary sale isn’t able to remove its sanctity. (c) Mechiras chometz enables you to fulfill the Torah’s directive not to own chometz, while this sale attempts to circumvent the Torah’s desire that the land should rest. Some don’t even sell actual chometz in the sale [but we do]. (d) The validity and integrity of the sale is questionable. (e) It is a security concern to sell part of Eretz Yisroel to gentiles.

Practically, the chief rabbinate in Eretz Yisroel allow this heter, but our practice is not to rely on it and the Rebbe was very adamant about that. Yet, the Rebbe wrote that yidden who don’t plan to observe shemita should at least do some form of sale, and rabbonim should make it as sound as possible.