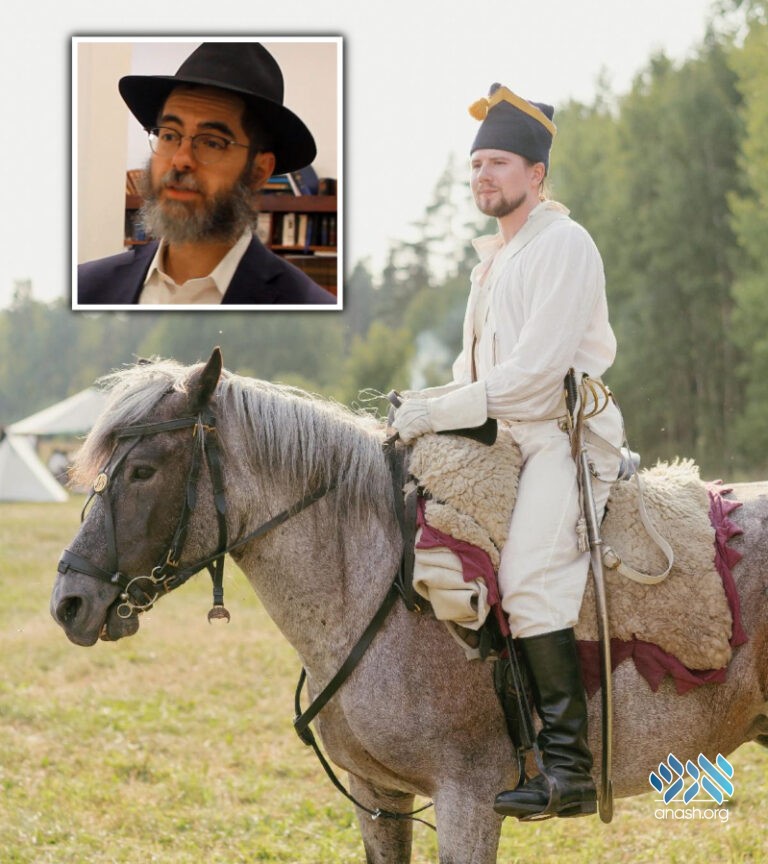 One day during the First World War, a Cossack soldier on horseback stormed into the enemy’s camp by surprise, wreaking havoc and causing considerable damage. When he returned to base, he was celebrated and promoted. Shortly afterwards, a fellow Cossack tried doing the same. He failed miserably. By the skin of his teeth, he made it back to camp, where he was met with reproof and punished for misconduct. Confused, he approached the first Cossack and asked him to explain where he went wrong.

﻿“Let me tell you the real story,” the hero began. “On my way back to camp that day I decided to stop by the Jewish quarter for some food [Jews were required to acquiesce to the soldiers’ requests]. After filling my bags, I noticed a delicious hot stew and poured it into my pouch, which I then loaded onto my trusty horse. Apparently, the cholent got too hot for the horse and he broke into a wild, uncontrollable run. I didn’t plan my rampage through the enemy’s camp; it was driven by the cholent!”

The Rambam rules [1] that in a time and place where non-Jews may murder Jews, a Jew must avoid traveling with non-Jews: “If a gentile asks a Jew where he is going, he should give him a misleading answer, as Yaakov gave a misleading answer to Eisav, as it is written: ‘Until I come to my master, in Seir.’” The gentile will assume that he still has plenty of time to attack when, in reality, the Jew will leave his company before he has a chance to pounce on him.

This sounds like a weak defense and cowardly escape.

But it doesn’t have to be.

Eisav represents goyishkeit, i.e., everything foreign to Yaakov, the Jew. Be they outright unholy, or even just smacking of secularism, there are endless forces that “attack” a Jew, trying to influence him and weaken his commitment to Hashem. These “Eisavs” don’t always present themselves as our enemy. More often, they present themselves as co-travelers, wanting to harmlessly accompany us on our journey. For instance, they want to help us educate our children, or improve our shalom bayis, or teach us a useful skill, but their ultimate goal (often subconscious) is to destroy us.

When is Yaakov, the Jew, at risk of being attacked? When he’s not actively and singlemindedly moving towards his destination.

Yaakov’s eternal message to all the Eisavs of the future is that he is on a mission. He’s marching towards Seir, singlemindedly working to bring Moshiach. And it’s not easy to hit a moving target.

This is a bold offense, not a timid defense. [2]

How many issues can be avoided by being active and productive? Weeds don’t grow on busy streets; dust can’t accumulate on active surfaces; and feelings of melancholy won’t usually find a home in someone who is productive.

As the Kotzker Rebbe said: I want people to refrain from sin not because it’s forbidden but because they simply have no time.

Like the Cossack hero, we are powered by a force stronger than ourselves, and when we run with it, we can make Moshiach, a reality.