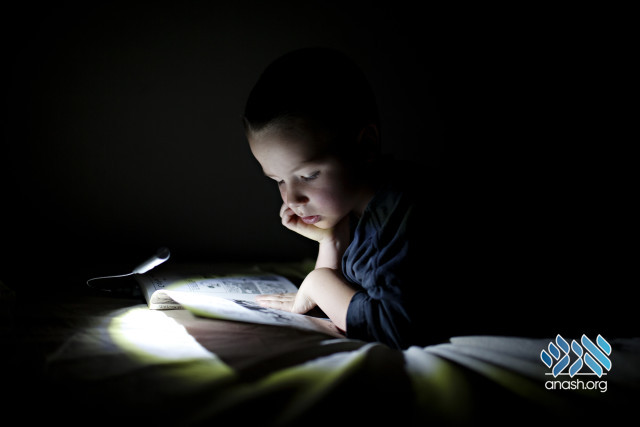 Rabbi Uriel Tzimmer was a man of incredible talent who accomplished a great deal during his short life. With a PhD in languages and political science, he served as a translator for the U.N. He also worked as a secretary for the Rebbe, translated parts of the Tanya, and edited many of the Rebbe’s talks, until his untimely passing in Kislev of 5722 (1961) when he was just 40 years old.

The Rebbe encouraged Reb Uriel to write on contemporary issues, and during the months before his passing, when he was already quite unwell, he exerted himself to write his book The Jewish Adolescent which was published posthumously (selections of which were included in the book Bas Melech Pnima – The Rebbe on Modesty).

The following is a translation of a Yiddish article he wrote in the summer of 5721 (1961), just half a year before he passed away.

While the Frierdiker Rebbe invested great efforts to introduce “kashrus of the heads” even to those who didn’t have kosher pots – indeed with the hope that one will lead to the other – his painful question was pointed at those who are aware and careful about the kashrus of their food.

To them, the question was much stronger:

One who knows nothing about kashrus must be taught from the basics, but you already know what kashrus is. Don’t you realize that the spiritual “food” you consume and feed to your children must be kosher?

Many Jews were inspired by this call. Yet, there is still lots to be done.

Since even the smallest amount of tainted views poison the mind, it requires great effort and Heavenly assistance to be freed from them. Non-kosher spiritual “food” can be even more detrimental to the soul than actually eating non-kosher food; the Alter Rebbe makes this point clear in Tanya in discussing how the study of secular topics can defile the most refined aspects of the person – his mind and intellect.

At the very least, we must administer the same level of care to the kashrus of mind food as we do regarding the kashrus of our kitchen. Every Jewish woman knows of the assiduousness required to uphold a kosher kitchen. If one non-kosher ingredient is mixed in to a food, the kashrus is not somewhat insufficient – it can be 100% non-kosher.

Moreover, even if the kitchen and all the food products inside are kosher, all it takes is a cook who is not careful about kashrus, even without meaning any harm, to ruin the kashrus of the entire kitchen.

The average frum Jew who enters a non-kosher restaurant on the course of a trip isn’t faced with major temptation. He knows full well that all the food there is treif, and he won’t even consider eating anything from the restaurant. An outsider who observes him enter the restaurant also understands that he isn’t going to eat anything.

It is far more difficult if a hotel or restaurant advertises in big letters that it is kosher, while the truth is that its kashrus is not reliable. One who enters such a place may very well end up eating non-kosher food. And if he takes the food and brings it home to heat it up in his kosher kitchen, it can be even more destructive.

Even if the food seems kosher, what guarantee is there that this is so? All the food could be prepared with the same utensils that are used for the non-kosher meat or milk products. It makes no difference what type of food it is – it could be a shtetl-esque kugel or gefilte fish and be problematic just the same.

Even if one were to investigate thoroughly and establish the kashrus of a particular product from an otherwise-unreliable establishment, his neighbors wouldn’t know this. What they know is that an ultra-religious family that is particular about kashrus is eating a product from that source. Unaware of the research conducted regarding that particular product, they will conclude that everything is totally fine.

Treife Food for the Mind

When dealing with material authored by non-Jews, there is at least some degree of protection. Its non-Jewish origin is clear from the outset, and that it has no connection to Jews. One who occasionally reads a news bulletin in a non-Jewish paper is analogous to getting a glass of water from a non-Jewish restaurant while travelling. Even if one stumbles and reads other sections in the paper, the very fact that one knows it was authored by a non-Jew helps prevent the information from getting too deeply absorbed in one’s mind.

More detrimental is the so-called “Jewish” literature, regardless of which language it is written in, the biggest challenge of all being when they discuss religious topics. Ads in the city for homemade kugel and gefilte fish could be perceived by sincere Jews as kosher. The truth is that these “kosher-style” foods can be completely treif. Likewise, an article about a Jewish leader – such as the Rambam or Baal Shem Tov – authored by one who isn’t permeated with holy views, can be far more spiritually harmful than an article about fields and forests.

This may not be apparent to the average reader, for a talented author could ensure that his article contains no false information and only facts from reliable sources. But at the same time, it can be full of poison.

An Unholy Approach to Holy Matters

If, for instance, someone would write about the Tzemach Tzedek and elaborate at length about his vast Torah knowledge, halachic responsa, love for Jews, befriending the Cantonists, his miracles and so forth – which are all true and accurate facts – but they would intentionally omit how he was the chief opponent to the Enlightenment movement in Russia, this creates a false impression, notwithstanding how beautiful they painted the other aspects of his life. In fact, the nicer they write about the Rebbe, the worse its effect can be.

It is superfluous to point out that even if this material is brought into a kosher institution or home, not only does it not become kosher, but it jeopardizes the kashrus of that entire place. Even if the article is reviewed thoroughly and verified to not contain anything negative, an uneducated reader wouldn’t be aware that only this particular piece has been approved. The fact that such reading material is found in a kosher institution will be seen as a stamp of approval for all other material published by that same source.

No book on a secular topic can be as harmful as one that discusses the Torah; no baseless speech can be as damaging as talk regarding Hashem, if it has a non-kosher source.

These are just the basics of keeping kosher pots and heads. Perhaps at a future opportunity, we can discuss more of the details.