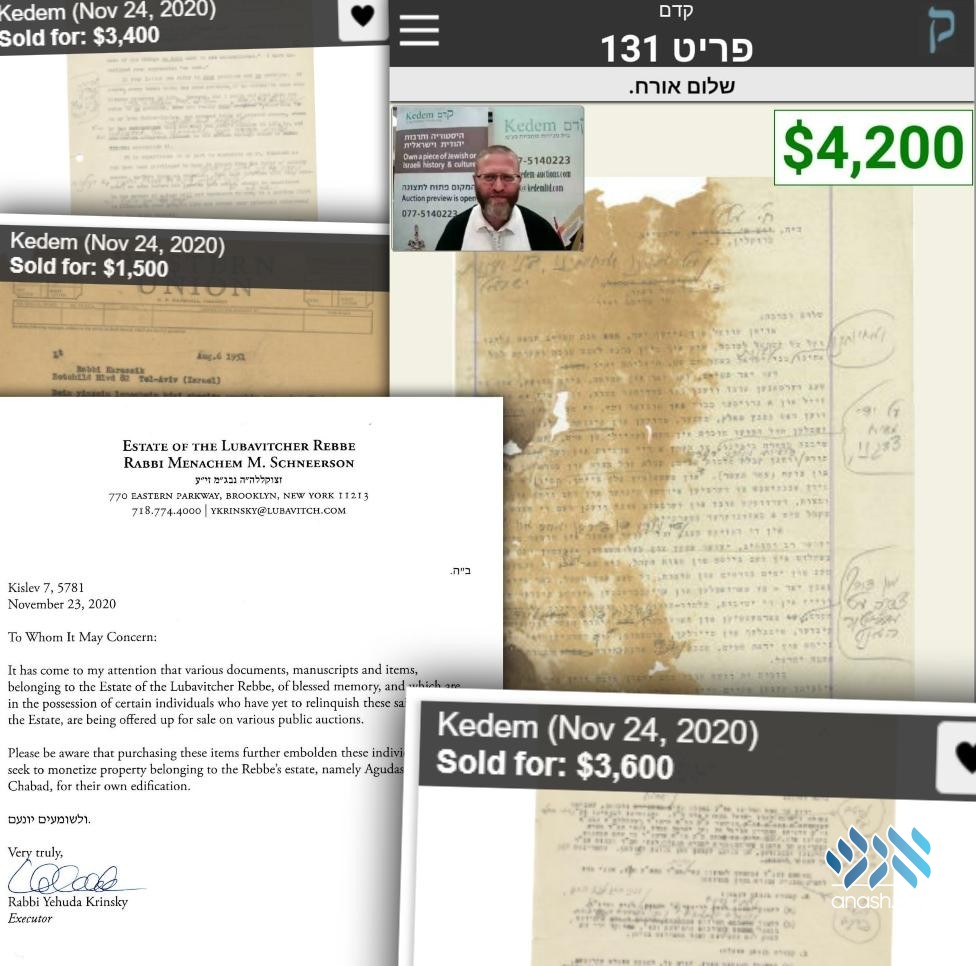 Despite attempts by Lubavitch Headquarters and letters by Chabad Rabbonim to halt the auction of manuscripts of the Rebbe, the sale proceeded on Tuesday with the manuscripts fetching high prices.

Attempts by Lubavitch Headquarters and Chabad Rabbonim to halt the auction of manuscripts of the Rebbe were unsuccessful, and on Tuesday the manuscripts were auctioned off, fetching thousands of dollars in profit.

The manuscripts were drafts of letters or telegrams from the Rebbe, with extensive edits and many lines in the Rebbe’s handwriting. The documents came from the archives of one of the Rebbe’s secretaries, and were sold by the Kedem Auction House in Yerushalayim on behalf of a family member.

On Monday, Rabbi Yehuda Krinsky, who served as the Rebbe‘s secretary, and was appointed by the Rebbe as the executor of his estate, released a letter decrying the sale of the manuscripts. He encouraged potential buyers to refrain from purchasing the items being auctioned.

“Please be aware that purchasing these items further embolden these individuals as they seek to monetize property belonging to the Rebbe’s estate, namely Agudas Chassidei Chabad, for their own edification,” he wrote.

Bais Din Rabbonei Chabad also sent a letter, this one being directed at the individual selling the items. They informed him that he was being summoned to a din Torah by Aguch, and placed an ikkul, a cease and desisit, on the sale of the manuscripts.

Nevertheless, the letters, din Torah and ikkul were ignored, and the sale continued as planed. The manuscripts were bid on and purchased for large amounts of money, with one page of the Rebbe’s handwriting fetching $4,400.

Kedem Auction House and the BidSpirit website which hosts their auctions did not respond to a request for a comment on the matter.