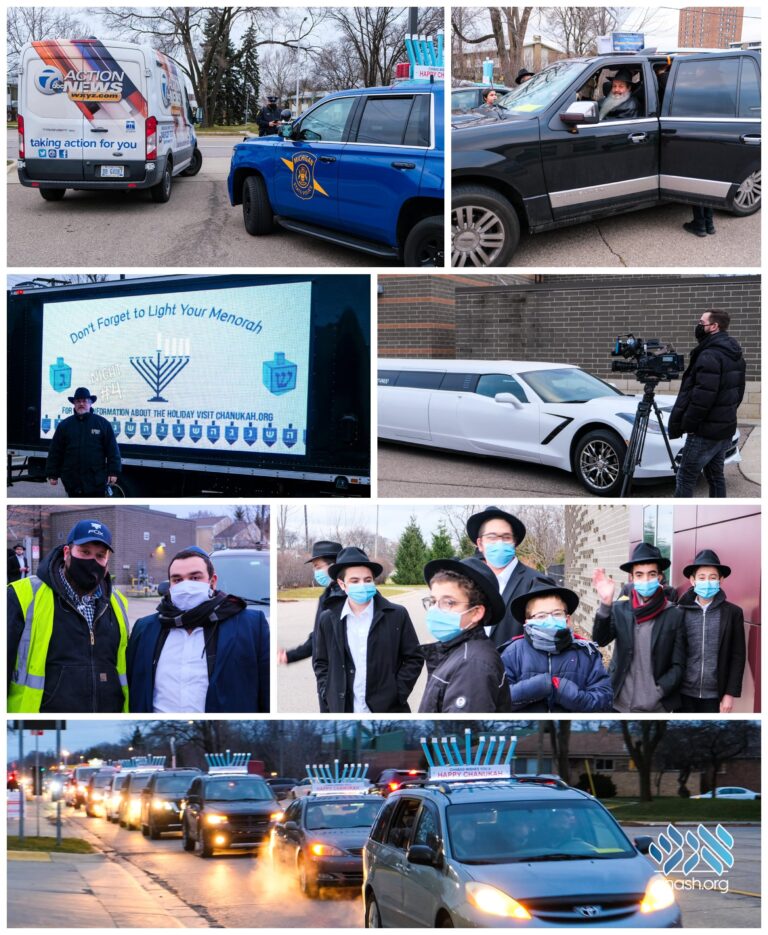 Chabad-Lubavitch of Michigan orchestrated a Car Menorah Parade which departed from the Harry and Wanda Zekelman campus in Oak Park, and traveled through metro Detroit, with 80 cars participating, and multiple news outlets reporting.

“While typically, our community is accustomed to join in person menorah-lighting ceremonies, this year we are inviting them to participate in safely bringing Chanukah to the homes of those unable to attend due to coronavirus,” said Rabbi Shmaya Shmotkin, Director of the Lubavitch Cheder and Yeshiva. “The Car Menorah Parade is a perfect way for Metro Detroit’s greater Jewish community to show out Jewish pride and celebrate Chanukah during the pandemic.

The parade procession traveled via the main thoroughfares of Oak Park, Huntington Woods, Royal Oak, Birmingham including Lincoln Dr, Washington Ave, 11 Mile Rd and Woodward Ave, in a unique Chanukah celebration promoting holiday awareness and bringing a message of light and hope to the entire city.

The Car Menorah Parade is part of the worldwide campaign launched by the Rebbe in 1973. The campaign highlights and encourages the central theme of the holiday—publicizing the story of the Chanukah miracle and the victory of light over darkness, a message of hope greatly needed today.

In the decades since the awareness campaign began, it has revitalized widespread observance of the Festival of Lights and brought it to the mainstream, returning what some have mistakenly dismissed as a minor holiday to its roots as a public proclamation of the ultimate triumph of freedom over oppression.