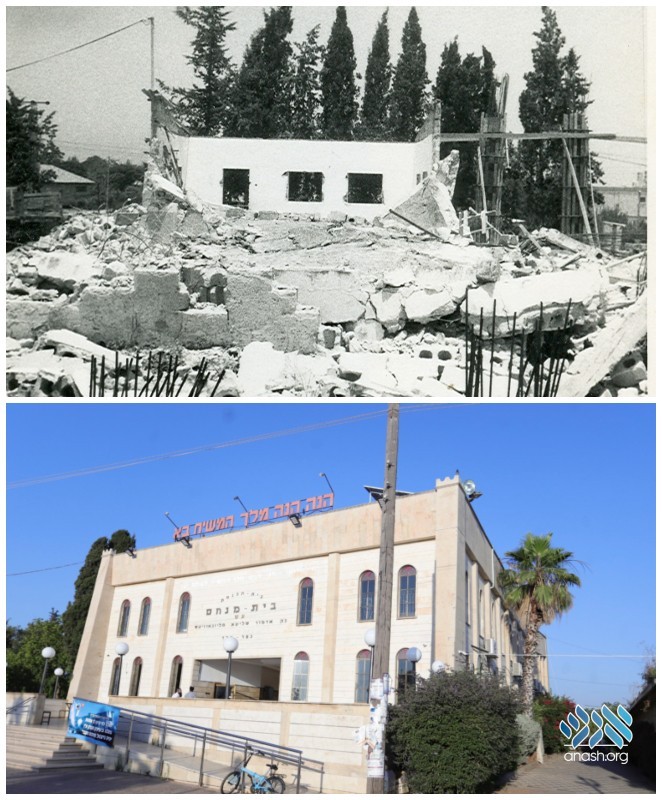 From the Archives: In 5733, the ‘Alte Shul’ of Kfar Chabad was torn down, in order to give space for a bigger and nicer shul, ‘Beis Menachem’.

In the 5730, the shul in Kfar Chabad became too small for the growing town. Rabbi Zushe Rivkin decided to build a bigger and nicer shul, and received the Rebbe’s approval and encouragement.

In 5733, the ‘Alte Shul’ is Kfar Chabad was torn down, in order to give space for the new Shul. In a gallery of photos supplied to Anash.org by Rabbi Shmuel Zalmanov, originally of Kfar Chabad, one can see the demolition of the shul.

In a few of the pictures, one can see the removal of the Aron Kodesh, which was not destroyed in accordance with Halacha. Instead, it was removed whole, and later installed in a side room in the new Beis Menachem.

“Chazal tell us, that the destruction of the Beis Hamikdash was also a ‘demolition in order to rebuild,'” Rabbi Zalmanov told Anash.org. “May we merit to see it fulfilled speedily in our days.”