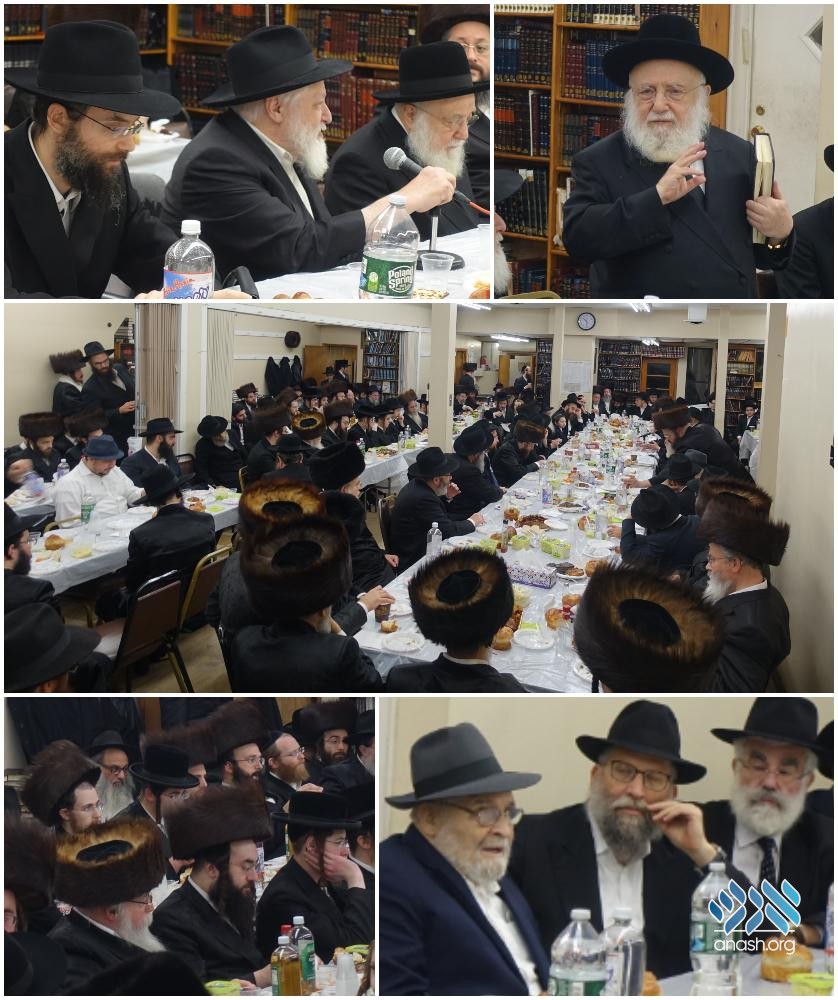 Even though Heichal Menachem of Boro Park had to cancel their annual Melaka due to COVID-19, they wouldn’t let Yud Tes Kislev go by without a farbrengen. Attending were Rabbi Yitzchok Raitport, Rabbi Fishel Oster and philanthropists Sholom Ber and Moshe Drizin.

Even though Heichal Menachem of Boro Park had to cancel their annual Melaka due to COVID-19, they wouldn’t let Yud Tes Kislev go by without a farbrengen.

The annual Melave Malka is held on the week of Yud Tes Kislev and attracts hundreds of Boro Park residents, who pack a rented hall for an inspirational program with guest speakers and moving niggunim, followed by a informal farbrengen late into the night.

This year, the Melave Malka had to be canceled due to the coronavirus pandemic and New York City’s restrictions on large gatherings. But Heichal Menachem couldn’t let the special day go by without marking it so a farbrengen was held in the Heichal Menachem shul, arranged by Rabbi Yisroel Stern.

Also attending were philanthropists Sholom Ber Drizin and his son Moshe Drizin, longtime supporters of Heichal Menachem. The Drizins attend the Melave Malka every year, and wouldn’t let this year be different.

The speakers spoke of the importance to increase in the study of Chassidus, and participants left feeling uplifted and inspired by the farbrengen that took place despite all odds.